The PGA Tour's Finding Out How Easy Bubbles Are to Pop 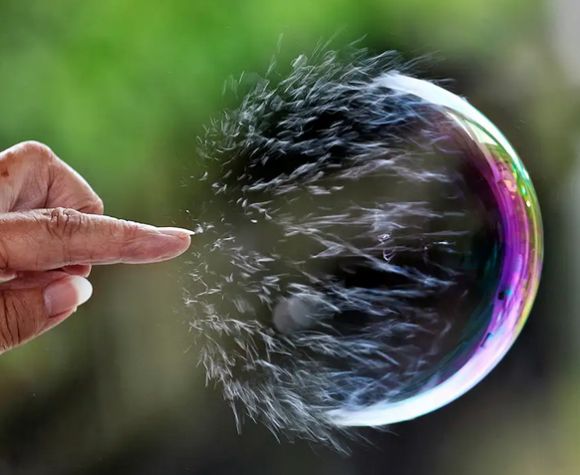 As popular as golf is, it's not really a surprise to see so much attention being paid to the PGA Tour's resumption of its schedule.

Under the circumstances, it's only natural that management and players in other sports are keen to observe how successful the Tour is in maintaining the bubble it's established to protect itself from a Covid-19 world that's rapidly changing its tactics.

Right now, what they're noticing is how fragile it is.

With three tournaments in the books, strains are already showing. After the Charles Schwab Challenge and RBC Heritage went off relatively unscathed, conversations began to turn to more esoteric matters such as whether or not the players had more focus on the course without fans present.

The environs were indeed friendly:

PGA Tour pros may be the best golfers in the world, but ... yes.

It's easier to win on the PGA Tour without fans
is what I've seen the first couple weeks.
It's easier to just be zoned in on pure golf.

Ironically, that's also the quandary, how long can a player or his contingent be zoned in on pure golf.

The courses, maybe, but not the Covid.

Evidence is overwhelming right now that it takes 2-3 weeks for its effects to take hold. Not coincidentally, the Travelers is the first tournament where players have been forced to withdraw due to testing positive or being exposed to someone who did:

Fanless events have added an interesting twist considering the scores, and that's beside the fact that they're not a factor in virus transmission.

However, this setup is showing signs that there's only so much a bubble can do before it bursts.

Toss in the fact that Covid-19 is surging again in a first wave that never ended, thanks to a brain-dead USA tendency to politicize the issue instead of presenting a united front to contain it.

So how does a traveling road show dodge bullets at every stop?

It's an unwieldy entourage, too, composed of not just players and loopers, but swing coaches, trainers, agents, Tour officials, chefs, equipment reps, wives, girlfriends, nannies and whomever else.

How does a crew that size not spring leaks in a bubble, if not pop it entirely?

The very nature of Tour life -- indepedent golfers as opposed to teams of players -- isn't conducive to containment.

From the Tour's perspective, it's a logistical nightmare. For teams, the task will be even more foreboding.

The NHL and NBA are going with a one-location bubble, with the hoopsters already realizing that's gonna be a challenge in itself.

MLB, the NFL, and college football will join the PGA in trying to keep the lid on while spanning the nation.

Clearly, everyone else is learning from the PGA's experiences, and full marks to the Tour for simply being out there. However, no matter how many precautions are taken, it's a crapshoot.

Now that researchers have discovered that Covid-19 carries longer-lasting effects than first noticed and is now mutating into forms that affect more than just the respiratory system, the stakes have grown larger than when the various sports first planned.

MLB's just announced a protocol that'll call the season if the situation dictates it, becoming the first sport to go public with a nuclear option.

Golf most likely will soldier on unless it hits a Covid wall that creates a surfeit of withdrawals.

As the sport where social distancing is virtually baked in, it's the canary in the coal mine for the rest of the industry. That's why its third-week signs are so troubling.

It's the only sport where players police themselves on the course. The pressure's now on them to do the same thing during the rest of their day.

From a human point of view, that's pretty damn daunting.