MLB Stops Dicking Around, Decides to Play a 60-Game Season 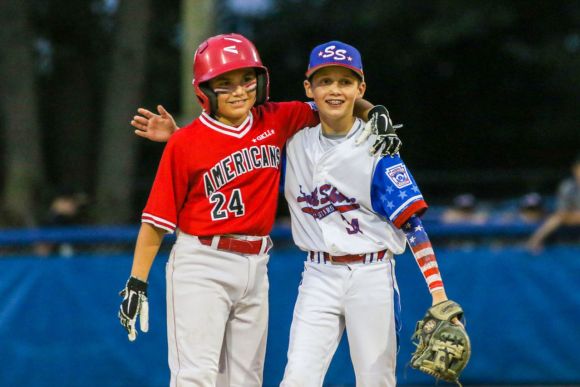 If ever there was a season for the Seattle Mariners and San Diego Padres to meet in the World Series, this is it.

Or maybe the Texas Rangers, Tampa Bay Rays, Colorado Rockies, and Milwaukee Brewers, but at least those franchises have reached a Fall Classic.

Those are the franchises that've never won the Big One, and one of them actually hoisting the hardware in 2020 would be the result that baseball deserves.

Nothing like waiting three months to take action on what MLB owners and players agreed to do in the first place.

Obviously, there's enough blame to go around on both sides, but it was ownership who went into weasel mode by reneging on that March agreement that -- Covid-19 precautions permitting -- might've even enabled a schedule of 80-100 games.

Instead, they just couldn't resist taking this opportunity to essentialy open the 2021 Collective Bargaining Agreement negotiations by turning into the penny-pinching bitches that's been their default position ever since the game went pro back in the 19th century.

And really, what did their dubious claims of looming short-term losses in 2020 vis à vis what they've made in recent times -- on franchise value alone -- and what's coming down the pike in the very near future?

History will look back on this negotiating strategy and see it for what it was:

So now MLB's got time for a 60-game season followed by a usual-format post-season. That's because ownership, especially, is afraid of Covid-19's rumored second wave, even though the USA's mis-managed its first wave to where there'd even be enough of a lull in the pandemic to notice a second wave.

But here it is:

The generous way to view the shortest MLB season since 1878 is those players who had college careers will experience a sorta return to it.

In fact, they'll be harking back to their high school days in extra innings, where this season will see extra-innings start with a runner on second in hopes of settling matter in a hurry.

The National League's gonna get the DH, and rosters limits will progressively diminish as players -- especially pitchers -- continue to get up to game speed:

The trade deadline will be moved back a month to 31 Aug, and a player must be on the MLB roster by 15 Sep to be eligible for the post-season.

And the Commissioner's efforts to shave minutes from game times will now see pitchers treating every delivery like it's the seventh game of the World Series because, for all intents and purposes, it is. In a sport where it can take 162 games for a team to get a one-game edge over another to earn a playoff berth, 60 games is the blink of an eye.

Baseball Prospectus has already crunched the numbers and found that -- since divisional play began in 1969 and ruling out the 1981 and 1994 strike seasons -- 36.5% of teams in playoff position at the 60-game mark didn't make the playoffs.

All a team's gotta do, then, is get hot. Even Seattle.

Still, for the sake of pure fandom, look at it this way:

MLB's playoff system forfeited any modicum of legitimacy when it accepted five-game playoff rounds. Those never have and never will reflect the depth of a roster that just spent 162 games of resilience to make the post-season.

The one-game Wild Card merely added a bitta intrigue to that mix by forcing managers to decide whether to burn their ace then to make the next round or risk it and save him for two starts in a five-game scenario.

Some baseball is better than no baseball.

If one of those six clubs that've never won a World Series actually wind up doing so this season, neither they nor their fans are gonna worry about any damn asterisk.

They played by mutually agreed rules. There was no deception and -- knock on wood -- no Astro-style cheating.

Everyone else would be well-served to simply take the results at face value.

Not that the carnies who run the game these days really care ...

... but there are just some things that must remain holy.