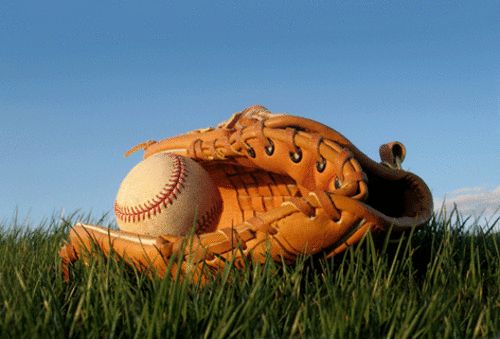 There's one fundamental obviosity that both billionaire MLB team owners and the millionaire MLB Players Association are in total agreement.

They all want to be around to enjoy the life billions and millions can offer.

It's rather clear to them that Covid-19 could put a dent in it.

This is a concept so sobering that they couldn't help but fall back on logic and common sense to sort out how they'd know when to get into the 2020 season, if indeed there will be a 2020 season.

Dudes and OGs put together the sorta checklist that woulda gained the approval of any mother back in the day when a kid was getting set to go out into the rain and snow:

Exactly. It beats the holy hell outta happy talk and wild-ass proclamations that only the blinded believe that do more harm than good.

Not to mention a state-level idiot claiming the elderly would agree to the painful, lingering deterioration of a pneumonia-like death to allegedly save the economy for their grandkids.

Did that excuse for a human ever think the grandkids would want to make the most of being around their grands while they're still around?

Maybe that was just a diversion to make the MLB brass look good. If so, well done.

While the team owners were reveling in benevolence, they also worked out a deal with the MLBPA to lay a foundation for the business end of what happens if the season begins as well as if it doesn't:

Naturally, service time was a major issue, and that was resolved, too:

Even if there's no season, then, this means players like Trevor Bauer, Marcus Stroman, George Springer, JT Realmuto and -- yes -- Mookie Betts will be free agents next off-season.

The Dodgers have yet to go on record, but it's not too tough to figure what could be going through their minds:

If there is indeed some sorta season, both sides agreed that a few other imminent matters would be on the table.

True, but it will be baseball.

If some in the NBA get their way, it'll givetheir fans something else to do before their season opens up on Christmas Day.

There was one other issue that both sides apparently figured they should address, even though it's still far, far away.

Being real, they pushed the wrong button.

As if anyone broke a sweat.

The MLB Draft has been a 40-rounder since damn near the advent of color television. Now, the team owners want the right to cut it down:

Looks like there could be some monster college teams in the near future.

Why a multi-billion dollar industry would be so petty in what's basically a petty cash expenditure is just another sign that, while the game's honchos flashed a glimpse of rationality in the rest of this agreement, they're still the same leopards with the same spots.

Just ask the minor league teams that are on the chopping block.