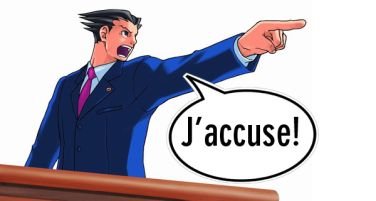 Dude's either got a vendetta that keeps getting extended life or he's actually on to something.

Either way, Trevor Bauer is going to keep it in the forefront like an itch he can't scratch.

He's positive that Houston Astros pitchers were as involved in baseball's dark arts as their hitters were, and he's been putting it out there since 2018.

First, it'd be useful to note that Bauer's well-known for going his own way since at least high school, when he so intensely disagreed with his coach over traditional training methods he found illogical and ridiculous -- not to mention his upperclassmen teammates, who constantly berated him for being different -- that he bagged his senior season and enrolled early at UCLA, easily making the Bruins' roster.

To say he works hard at both every day of his existence is an understatement.

Bauer's unfiltered ways, academic proclivity, and uncompromising belief in what's right and wrong are the source of his contention that the 'Stros chuckers are cheating.

It's all about spin rate, and he's positive pitchers who come to Houston are increasing theirs at inhuman increments.

Bauer's only concerned about fastball spin rate, four-seamers in particular.

He was all over the Astros back in 2018, especially suspicious of their staffs success during their World Series Championship campaign the year before.

If only there was just a really quick way to increase spin rate. Like what if you could trade for a player knowing that you could bump his spin rate a couple hundred rpm overnight...imagine the steals you could get on the trade market! If only that existed...

He contends the added stickiness on a slinger's fingers create a more effective snap when the pitch is released, thus enhancing its spin rate.

He's astounded that Cole's spin rate -- as measured by StatCast -- instantly went from 2,164rpm when he was with Pittsburgh to 2,379rpm when he joined the Astros and then 2,530rpm last year.

When dude first published his Astro-centric suspicions, the blowback was immediate, as opposed to his pushback, which came two years later, as in now:

MLB has been so anxious to put the 'Stros scandal behind them -- spoiler: not happening -- that its geeks rolled out data saying if there are foreign substances being applied, they don't seem to have enough of an effect to gain an unfair advantage.

Cole himself claims that Houston pitching coach Brent Strom is a spin-rate savant. Who knows? Back in his day as a player, OG had a rep as being almost as batshit crazy as Bauer's is today.

"I don't know if it's gamesmanship, or college pranks, or what would make someone have any sort of statement without any evidence, so it's kind of ridiculous that it's even a topic." pic.twitter.com/s1XhjAvX5V

Back then, Bauer counted by subtly twisting the knife:

I never said Astros are cheating. My only claim is that using sticky stuff on your hand increases the rpm on fastballs. Which is blatantly true.

Now, in light of everything, Bauer's accusations have a new life.

Maybe there's something to them. Maybe not. The takeaway, though, is they're easier to take seriously in what's sure to be Houston's season from hell.

Bauer may be notorious for following the beat of a different drum, but this time around, his cadence could be trending. It's becoming increasingly evident that other players aren't gonna let the 'Stros' sins go.

Not that he cares, of course.