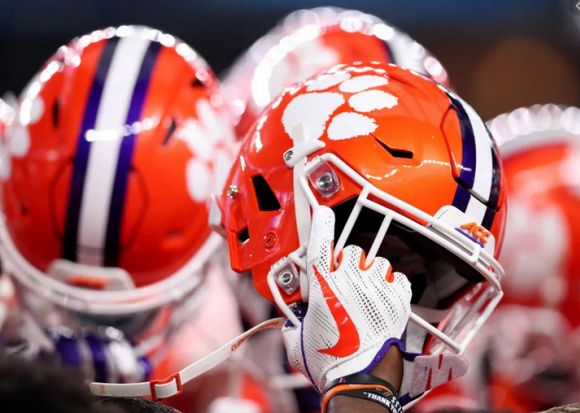 It's kinda expected for everyone to show up for a team's voluntary workouts in the summertime.

So why wouldn't Covid-19 be there, too? It's everywhere else.

Slightly more than a month is left before the majority of college programs formally open practices in preparation for a 2020 season that's in jeopardy of being interrupted no matter what precautions they take.

It's not a good sign that other sports are re-discovering this reality, too.

It might have something to do with the fact America treated this pandemic as a political issue instead of a medical emergency.

All this red state vs blue state balderdash did was extend the first wave out so far that it could easily blend into the predicted second wave. The nation as a whole never had a chance to regroup.

Now the NCAA and NFL are being thrown into the fray that's dodging harm's way.

It's ironically fitting that the No 1 team in the nation is starting 2020 with the most positive tests for Covid-19.

Clemson has reported 28 cases of the disease among its athletes, with 23 of them on the football team. Clearly, Coach Dabo Swinney is discovering the hard way that the Big Dude helps those who help themselves. Swooping down to bail those who won't isn't exactly His style.

So, the Tigers are back to limited groups in limited workouts, which they term as Phase I. They're not alone.

Other schools that already know the feeling in a serious way include:

Some university presidents are beginning to float the concept of bagging non-conference games, especially if they're out-of-region. These are the rumblings of a first step for contingencies if current Covid-19 levels persist.

What choice do they have?

Of course, they're looking at doing all they can to save every game for the obvious reason.

It's their own personal ATM.

In 2018, the public FBS programs generated a staggering $8.8billion for their universities. This includes media rights deals, ticket sales, revenue-sharing agreements with athletic conferences and the NCAA, plus postseason football games and sponsorships.

Ticket sales are already gonna take a hit, even if the turnstiles start clicking at some point in the season. Surveys soundly say fans aren't interested in returning until there's a proven vaccine to help protect them.

College programs and conferences basically have about a month to sort out their possibilities. Testing is clearly going to be front and center, and it'll have to be. After all, these are college students, and part of the scholarly draw is socializing. It's just gonna happen. Bubbles won't work in this sport.

Being real, the entire nation has shown how cheap talk is about staying the social distancing course.

Until the urge hits, and it will.

The specter of a sliced-up college football season -- if there's a season at all -- has gone from unthinkable to highly probable. Testing and tracking will be essential, but unfortunately, so will lotsa crossed fingers.

The situation is that dire already.