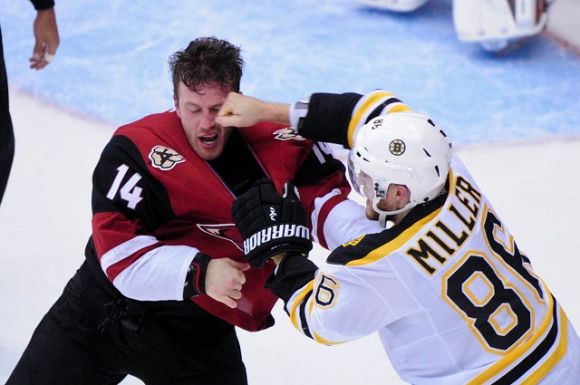 It's a challenge to not cut corners when your season gets so rudely interrupted so close to the end.

Especially when the restart plans loom that you feel a proverbial asterisk should be placed next to the eventual champion's entry in the record books.

Full marks, then, for the NHL to keep the heart and soul of it revised Stanley Cup playoffs true to the nature of pro sports' hardest-fought trophy.

And just possibly the party-hardiest celebrated.

The league built its restart around the most fundamental of all Stanley Cup premises: it's gonna take a minimum of 16 victories for a club to hoist the hardware.

This time around, it might take eight clubs a few more, but that's OK:

The "integrity" of the playoffs was prioritized with this decision. It was important to the players. But the entire playoff tournament could last 68 days, which might pose challenges if a second wave of coronavirus hits in the fall.

There's still work to be done to put everything into place, but most importantly, the spirit of the Cup has been preserved.

So count on the players turning the intensity up to 11, as it was meant to be.

The seeding process was as obvious as it could get:

The Top Four teams will play a three-game round robin mini-tourney to determine seeding while the rest of the entrants will do battle in a best-of-five qualifying round:

With no fans scheduled to attend and a hub city designated for each conference's games, the home ice advantages will be limited to in-game strategies such as last line changes, etc.

Teams will re-seed after the first and second rounds.

Home ice for the Stanley Cup Final will be determined by which team had the highest regular-season point total.

Keep in mind, this is just the format agreement. Still to come are Phase 3 (training camp) and Phase 4 (games/hubs/protocol) which still have to be negotiated. Only preliminary talks so far on those fronts.

The two hub cities need to be determined, too. The league has officially announced 10 locations that are under consideration:

The Commish said the key criteria will come down to three factors:

Well, it's still got to be said.

Dates have yet to be announced, but training camps are expected to begin in early July and last for three weeks. Based on estimates that the 2020 playoffs could take as long as 68 days to determine a champion, it's possible the 2020-2021 season's gonna have a late start.

That's a small price to pay, though, for a full and complete battle for North America's oldest team trophy, the only one to have the winning players' and staffs' names embedded in one of the Cup's rings forever.

And like all others who've gained that honor, they'll have earned it.