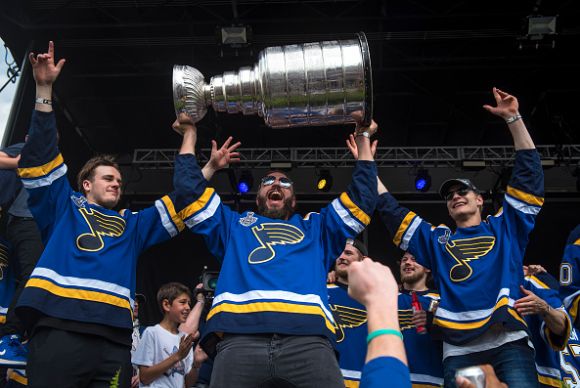 It's all but official, because it's also now or never.

The NHL's got a plan that all involved have decided to accept, and now all that's left is to figure out how best to weave and dodge the Corona-19 pandemic to make it happen.

After being put on ice -- so to speak -- since Wed 11 Mar, the league's gonna return to play by featuring nothing but meaningful games.

It just so happens that by mid-March, seven teams had been eliminated from the Stanley Cup playoff picture. This means no hard feelings that they're done for the duration.

As lovely parting gifts, they've been afforded prime positions in the draft lottery.

For the 24 clubs still in the hunt, a tournament bracket will be formed based on the best records in each conference:

Here, then, is what the field looks like once the official stamp of approval happens: Now that the brackets are conference-based with no real consideration for division standings, the NHL's only going to name two hub cities for the games to be played.

There are apparently still a number of candidates, but one city that's appeared in damn near every format variation from the start has been Columbus. That'd take care of the East.

The other consistent consideration has been Las Vegas, conveniently located in the West. However, it's difficult to imagine a setup that doesn't include a Canadian city. Edmonton's still got the league's best ice; the issue would be how the league would conform to Alberta's stringent lockdown decrees.

It's yet to be determined if the early rounds are gonna be best-of-five or best-of-seven. As well, there's been no decision as to whether the bracket positions are gonna be fixed or re-seeded.

Obviously, safety protocols must be agreed, too. Regarding the tournament, it's a given that the arenas will basically be soundstages where the only warm bodies in attendance will be there because their job is directly related to the games.

There'll also be rigorous testing and permission requirements for the practice facilities. Then there are the foreign players, who compose 17% of NHL rosters. Those dudes are gonna have to figure 14-day quarantines upon arrival in North American into their schedules.

Currently, the plan is for training camps to open in early July.

After 2-3 weeks of getting up to speed -- or as close to it as possible -- the puck will drop for real, at long last.

The only thing standing between the contenders and the Cup is none other than Covid-19. It hasn't played nice yet, so if anyone's gonna show how self-disciplined and intense they are about hoisting the hardware, this year's gonna be it.