NHL's Gearing Up to Resume; Four League Cities to Host All Games 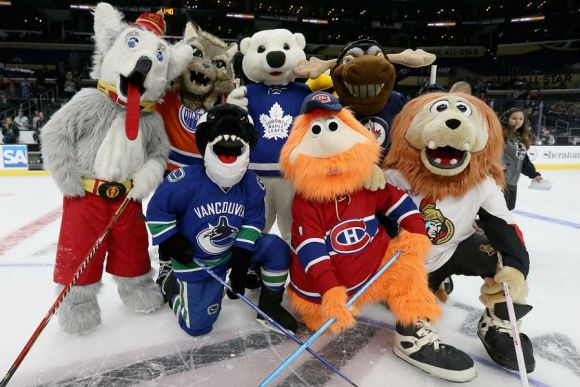 Well, somebody's gotta be the first to do it.

Subject to a laundry list of conditions, of course, because that's the way life is in the Covid-19 pandemic era.

Lotsa questions still abound in what's gonna be a logistical nightmare no matter when the green light flashes, but it seems the NHL has almost nailed down an important element to it all, which is where the games will be played.

They're designating one hub city for each division. It's a fluid situation, but here are the possibilities du jour:

Edmonton and Calgary are out because Alberta's chief medical officer has decreed that there will be a max of 15 people in any gathering until September at the earliest.

Because this is the Stanley Cup on the line, the league is firm that there will be no compromise as to how it will be won. The playoffs will not be condensed.

Completing the regular season schedule -- 189 games remain -- and conducting playoffs as usual enable the clubs to fulfill the entirety of their media contracts, which fills coffers and, they hope, picks up other associated revenue streams such as merchandising.

It's also why the NHL's Return to Play Committee bagged the thought of neutral sites. The league arenas are already set up for television and replay. They've also got plenty of locker-room and storage facilities, not to mention hotels.

After all, this is gonna be a total-quarantine plan over the course of four-or-so months. So far, the NHL Players Association has bought into it.

To honor its full schedule, the league's willing to play into the autumn and then begin the 2020-2021 season in November. The NHL and NHLPA have tentatively agreed to expand rosters to 30 players to better accommodate the quick turnaround from game to game.

As with the regular-season games, the playoffs will also be held at the hub sites and no fans will be in attendance.

In a way, the players should be well-acquainted with how this is gonna go. They all spent their younger days going to weekend tournaments that featured wall-to-wall games from morning to evening. This set-up could wind up being nostalgic.

Odds are triple-headers will be played each day, meaning the arena ice maintenance crews won't be paid nearly enough.

There's also the issue of getting the European players back. Different countries have mandated various standards of health monitoring; in Sweden's case, it's been damn near libertine.

Thus, an additional 14 days of quarantine could well be a consideration the NHL must add to its timeline, something that'd be coming up pretty damn quickly.

With each team's contingent of players, coaches, and support staff numbering 60 or so, testing is going to be a huge task. At least it is in the USA.

Maybe the Commish should ask the league's nine German players to bring over a buncha testing kits. Their country's already run over 1.3million checks and counting.

That could be a reason why the Bundesliga's set a date for resumption of play.

The NHL can only hope its plan does, too.

So much of it depends on what the Covid-19 demons have to say, which looks to be a harsh fact of life in general for a while to come.