Published on 7-Apr-2020 by Alan Adamsson 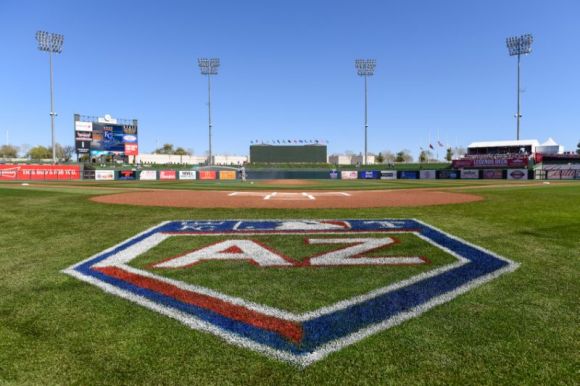 Sure, it's a bitch, but no more so than an American president spending 70 damn days dissing a pandemic that was always gonna be very, very real if left unchecked.

As a result, wild ideas have to be on the table if pro sports is gonna pick up the pieces to salvage whatever's left of its seasons.

This is assuming there'll even be a possibility to have seasons.

So who cares how crazy any proposed solution might be? That's how brainstorming works.

Dude was a Canadian. Hockey was in his DNA and foremost in his mind. But when the 1891 winter in Massachusetts was too mild for pond ice to freeze, he needed to figure out something else to keep his charges at the YMCA International Training School busy.

He got the idea of nailing a couple of peach baskets to the oppo walls in an otherwise boring gym, dreamed up 13 rules, and voilà!

If ever the sports world had a necessity, it's now.

Motorsports has turned to the virtual world to keep their drivers in the public eye, and action-starved fans are buying in. Sponsors are even taking it seriously. Real seriously.

Ice Cube's Big3 is going the quarantine route, building a complex in Los Angeles for players, refs, and essential personnel. They'll be taking it to the airwaves in May.

It's one thing to gather a buncha 3-on-3 teams in one spot and set the stage for a constant-stream reality show. It's quite another for sports with larger rosters to put together those logistics to get their seasons started or continued.

Right now, though, they've really got no choice but to give it serious consideration:

MLB, of course, needs more than a confined indoor space and has more games to play. That's why they're knocking around ideas to take over an entire metropolitan area, and they're gonna need a lot of them:

If The Show can pull this off, there's gonna be a legion of bean counters and schedulers who'll be in line for a raise.

First of all, there's the money:

No league will have the sorta contingency challeges that baseball does in terms of roster readiness. The MLB and MLBPA have been concentrating on finding common ground, but it's daunting.

With a huge helping of double-headers being required, it's odds-on these rosters will be tested like never before. How does a team keep all its players up to game speed with no minor leagues? Imagine, for example, the crush for a few extra cuts in BP ...

Most intriguing is both sides' general acceptance of putting the electronic strike zones to work immediately for the purpose of socially distancing the plate umpire.

Instead of breathing down the catchers' necks for, say, 300 pitches or so, Mr Blue will be monitoring the action a few feet away, only wandering closer if a play requires a decision.

Up to 30 hotels in the Phoenix area would be all for this plan coming together. So would restaurants that offer no-contact delivery. It goes without saying that paychecks and partially salvaged bottom lines would be welcomed by all affected.

And who knows? Maybe the pandemic situation will have relaxed by late summer and MLB could go back to the sorta baseball everyone was anticipating before the pandemic.

Then again, who really knows? Outbreaks like Covid-19 have a way of coming back quickly once society thinks it can return to normal. A second wave is where the Spanish Flu did most of its damage.

Better to suck it up now than regress into another few months of quarantine.

Therefore, in the name of live-action sports on television, radio, and various streaming outlets, let the MLB and MLBPA brainstormers heed those immortal words from the late Jack Buck ...

Do it safely, but get this season started, one way or another.