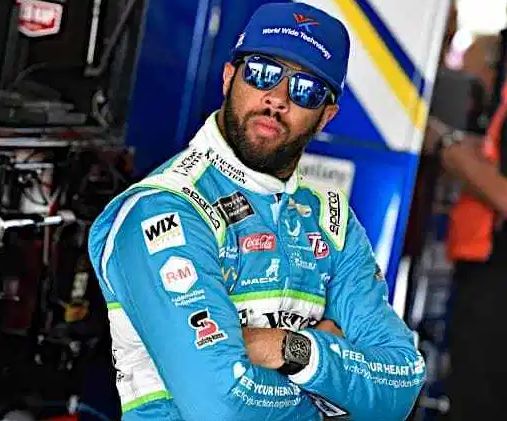 Looks like the next feature iRacing's gotta add is virtual fistfights.

Maybe a Bubba Wallace vs Clint Bowyer bout wouldn't have been Ali-Frazier 4.0, but it mighta given them a chance to blow off a bitta steam before one of them did anything stupid.

There Blue-Emu was, unable to put its logo on a Richard Petty 43 car because of a competiton conflict with Goody's. The next best thing was signing another driver on the Petty team, which is how Wallace wound up driving around with the oddly-named pain revlier's logo blazoned on his virtual ride.

Rounding up the pros to compete in a custom-designed iRacing tour has already turned out to be a brilliant idea and a boon for NASCAR. The FS1 broadcasts have drawn an impressive viewership, and a good time in strange times seems to being had by all.

In fact, it spoiled his whole damn day.

Not just peace out, though.

Bubba may have seen a distinction between virtual and reality ...

I ruined so many peoples day by quiting..a video game..

However, OG writing the checks didn't see it that way.

GTK where you stand. Bye bye Bubba. We're interested in drivers, not quitters.

Blue-Emu abruptly cancelled their real-life racing deal with Wallace, too. That's enough for a driver to pop a couple of Goody's and hope he feels better in the morning.

He's also gotta start a search for another backer.

How about the only emu left on the road right now?

Meanwhile, at the front of the pack, William Byron finally got there and stayed there to take the circuit's Week 3 honors at virtual Bristol Speedway.

Putting it mildly, dude steered clear of a fair amount of chippiness going on out there. Or is the proper term in there?

As opposed to Wallace, Hendrick Motorsports put their sponsors front and center, realizing a huge marketing opportunity when they see one. Among other things, they had their drivers do the virtual mingle thing with their VIPs. Perks like this will surely be expanded upon.

Who knows how much the real world's gonna change after Covid-19? What'll normal look like in the aftermath?

There's little doubt that online business and entertainment is gonna accelerate much faster than it already has, as more and more people are being forced to weigh a wired world's impact during the pandemic lockdown.

All of which means that events like iRacing that have been embraced by most of motorsports may stay elevated in some way, shape, or form when real racing gets back on track. Toss in what will likely be a cash squeeze for a year or two, and no one can afford to get on the bad side of a sponsor.

Especially one without a sponsor.