Frankie V Gets Tossed for Arguing with Robot Umpire 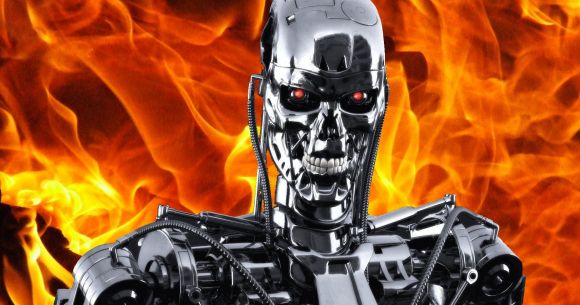 A new defender of The Ways has come forward.

Joining the ranks of Bones McCoy, John Connor, and Neo is none other than former Minnesota Twins and New York Mets terminator, Frank Viola.

The 1987 World Series MVP, 1988 Cy Young winner, and one of only six Mets to win 20 games in a season just added to his résumé of exclusivity.

There are precious few times in life when one has the opportunity to be the absolute first at doing anything, and Frankie V was not gonna let his moment pass.

Dude took on baseball's future with a ...

Someone had to question protocol, and why not do it with a certain je ne sais quoi:

Upon further review, Viola had a valid point.

It definitely needs to be addressed, too:

1st time use of trackman with @RockersBaseball at York tonight. Got myself tossed in the 1st. Problem was was it trackman, or was it human strike zone?! That was problem. Who or what was in charge?? Major problem. Let each team know at all times what’s going on...

The independent Atlantic League has been contracted by MLB to serve as a testing ground for whatever screwy rule the Commish's office wants to see in kinda-real life.

A robot-ruled strike zone is one of the more rational experiments. Even the MLB Players Association is leaning in favor of it -- unless, say, Ángel Hernández programs it -- but it's apparently still not clear who's calling what and when.

The system works with the robot recognizing each batter's strike zone from its command control in the press box, making the call, and then relaying via earpiece it to the plate umpire, who makes the call.

However, if blue sees an anomaly -- like an obviously missed pitch -- he can arbitrarily override the robot and make the call himself.

That's what Viola wanted to know. However, the response also came in Old School style:

But he does have a point, which is why MLB is contracting the Atlantic League to sort out the kinks.

This shouldn't be too much of an issue to resolve, but one of the other experimental rules brought up a different sorta consideration. It's about stealing first base if a ball gets away from the catcher.

So, here's more history in the making:

For the first time in baseball history a player stole first base thanks to the Atlantic League-MLB partnership rule changes! @ESPNAssignDesk pic.twitter.com/yj4FkcZg6O

That's Tony Thomas, a 33-year-old Florida State Seminole and a real-life Crash Davis who was drafted 12 years ago by the Cubs.

This rule is a sorta return to baseball's roots. The first cricket match was recorded in 1344 -- a mere two centuries after the Viking Age -- and in the modern game, batsmen can advance (score, actually) if the wicket keeper (catcher) sees the bowled (pitched) ball get away from him.

Now, in cricket, a batsman doesn't have to run if he hits the ball but doesn't think he can safely make it to the other wicket.

In the Atlantic League's experimental rule, the batter doesn't have to run to first if he doesn't think he can make it safely.

Fair enough, but what happens if both teams agree in advance that they're not gonna take advantage of the rule?

Apparently, some Atlantic League players aren't too cool with being guinea pigs. This is a high-caliber indy league that's served as a way station for some of them between contracts with MLB organizations. These dudes want their cuts.

Post-game reports hinted that both teams' players agreed in advance that they weren't gonna to the steal-first thing.

This is likely an unintended consequence, and may ultimately add a new dimension to game strategy.

There will be more.

And seamhead purists will rest easier knowing Frankie V is there, ever vigilant, to rage against the machine.