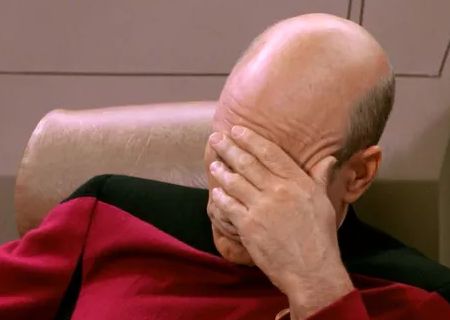 It was inevitable that European football's governing body was gonna be forced to climb down.

Seems like it finally dawned on them that the Covid-19 pandemic is well and truly the real deal, and it answers to no one.

In other words, OGs just had their Canute moment. They only get to call the shots that life's panacea allows them to call.

In this case, life let UEFA announce that while they'd really like the domestic leagues to conclude their seasons in some way, shape, or form, due to the circumstances, they'll defer on that decree.

Qualification for next season's club competitions will now be determined by sporting merit, whatever the hell that turns out to be.

The procedure for selecting clubs should be based on objective, transparent and non-discriminatory principles.

National associations and leagues should otherwise have the ability to decide the final positions in their domestic competitions, having regard to the specific circumstances of each competition.

Manchester City could use those right about now.

UEFA has given two primary conditions for a league abandoning its season:

Currently, Sweden has decided its top two tiers will soldier on, possibly allowing fans to attend, and the Bundesliga has just announced they're going to resume play in May.

They'll go without fans, but like the major American sports leagues, the Bundesliga's interest is in retaining their media revenue streams.

This is dependent on the German government giving the green light, but there are advantages to having a national leader who came from the scientific community as opposed to, say, a reality show host who inherited his father's fortune.

Germany's approach to subduing Covid-19 isn't as radical as Sweden's, but it's working enough for football to get back to the pitch.

What's refreshing to Bundesliga fans is there's an actual title race to be finished.

It's not the usual FC Bayern trot to the trophy: Europe's other major conferences are still weighing what they're going to do.

Naturally, they're all holding out hope that they can complete their seasons. The Premiership, for example, has Liverpool aiming to put the pins in a record-breaking campaign.

Aside from that, there's what has now become the financially existential situations of who's qualifying for Europe and who's fighting for survival in the promotion-relegation battles.

As to qualifying for the Euro-competition and the hefty revenues they bring in, the clubs will still be subjected to UEFA scrutiny for having the sporting merit their leagues have bestowed upon them.

If UEFA chooses to play that card, we'll find out.

Speaking of filthy lucre, they also figured it was time to release the €70million they've been holding in benefit payments related to Euro 2020.

If ever those funds were needed, it's now.