MLB's Adding Florida and Radical Realignment to Its Contingency Plan 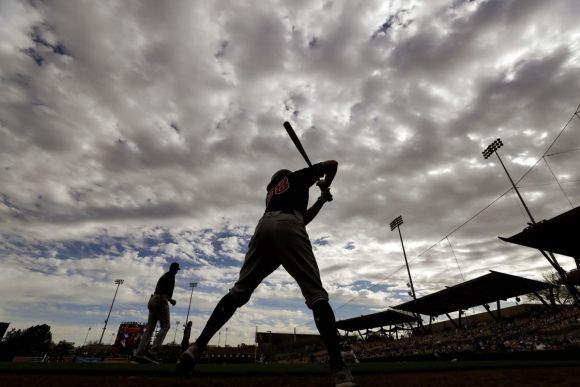 When Jack Roy decided to become a stand-up comedian, he decided his persona needed to be catchier than Jack Roy.

So he changed it to Rodney Dangerfield.

It happened in a roundabout way, but when OG got around to explaining it, his logic was direct and to the point:

If you're going to change your name, change it!

All he needed to do then was toss a bitta urban legend around the edges:

In MLB's quest to figure out how to proceed with a 2020 season in hopes that it'll actually happen, it's been kinda vanilla-crazy, brainstorming the concept of quarantining all 30 teams in the Valley of the Sun and having at it.

Now, they're starting to get into the swing of things. If they've gotta adapt my making changes, then make changes, dammit!

For starters, something more practical than cramming 30 teams into 10 MLB-type fields, which is the Cactus League's capacity.

Half the teams train in Florida, so why not make use of their spring training facilities, too?

A vast majority of them already have arrangements near their spring training complexes. Veterans have primary or second homes there, and apartment managers have relationships with teams to house other players on short-term lets.

As to the quarantine, they'd be going the same thing health and other essential workers do: be at their jobs or their accommodations. There'd be lotsa honor-system issues, of course, but unless all involved in the MLB season are cooped up in hotels, that's gonna be an unavoidable risk.

The exciting aspect of this concept is giving the American and National League formats a one-year break and forming regular-season Cactus and Grapefruit Leagues with each of them having three five-team divisions: That'd be heavy, right-on, and solid.

It does look good on paper, and fans with fantasy teams are no doubt having wet dreams with the prospects of, say:

Keep in mind this idea -- like the Arizona-only concept -- is still merely in the brainstorm stage. There has been no pursuit of either past the what if stage.

If golf is still trying to figure out all the complications of running events in the very real world of Covid-19, baseball's got a long way to go to sort out its challenges, if that's even practical.

The only sure way to get MLB's and other sports' seasons underway is to develop a proven-effective vaccine to prevent Covid-19. The odds of that happening before the end of the summer are not as ideal as the Arizona-Florida solution.

In other words, baseball's still got lotsa time to develop this plan, should it so choose, or come up with something even crazier.