Published on 2-Apr-2020 by Alan Adamsson 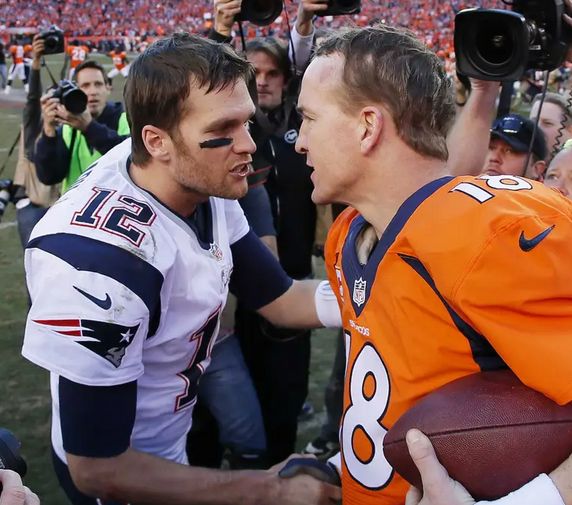 Come to think of it, few sports match up as well as golf to take Covid-19 head on.

Yes, tennis could be mentioned, too, but so far, there's no reason to do so.

All the linksters need to do is keep the crowds at home with the main dudes on the course doing the social distance thing. This leaves only a few challenges, and they're easily overcome, such as ...

... and these measures are almost as helpful:

This virtually eliminates any need to go all hazmat out there.

So, with the sportsworld crying for any live action event, why wouldn't Tiger Woods and Phil Mickelson stage another made-for-TV sequel?

Clearly, something else is needed after Woods vs Mickelson I back in 2018 wound up being kinda weird. Amid all the missed money putts -- $9million winner-take-all -- the event highlight was probably Tiger copping a phone number for future considerations:

That's likely why they're turning to the NFL's best QB rivalry in recent times to add a tad more spice:

These two have met 17 times on the field of play:

Maybe, just maybe, there's still a score to be settled in their 18th pairing.

While nothing's been confirmed or announced yet, there's lotsa smoke over this fire:

Only Phil Mickelson has offered a hint that it's actually happening:

I don’t tease. I’m kinda a sure thing

Both Brady and Manning are capable golfers, so they won't necessarily be out there for comic relief.

We can only assume the same will be said for Woods and Mickelson. This time.

Being real, it's gonna be the only show in town.

We can but hope someone in that foursome's gonna spice it up, but at this point, we'll take whatever we can get.