Anthony Rendon Dons a Halo for 7 Seasons at $245million 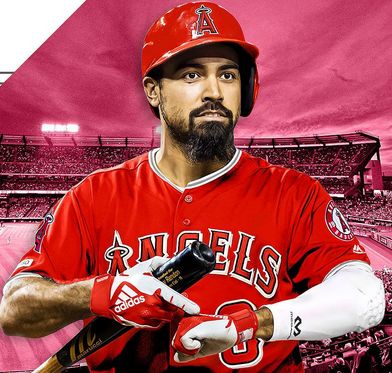 It's saying something when Los Angeles Angels owner Arte Moreno has just splashed out mega-dosh for the largest free-agent contract he's ever offered.

After all, this is the OG who tossed Monopoly money in long-term bundles to the likes of:

Moreno's luck mighta changed when he won the bidding for Shohei Ohtani's dual-purpose services, which hedged bets for keeping dude productive even when he wasn't in one piece.

Keeping Mike Trout in the fold seems like money well spent so far.

So what's OG do but throw all caution to the wind once again?

In a market dominated by the Los Angeles Dodgers with their seven straight NL West pennants and playoff runs, Moreno's negotiations to bring Anthony Rendon to Anaheim showed some serious urgency.

In fact, the process musta been nothing more than his checking every damn box on super-agent Scott Boras' list.

When all was said and done, Rendon not only was the beneficiary of a 7-year, $245million deal, he also got:

At least Moreno minimized the edges a bit.

This should give the Halos a few more years of Rendon in his prime, which is an awesome prospect. Especially in the big games:

New Angels skipper Joe Maddon's lineup can now not only boast a Trout-Rendon-Ohtani engine room -- dudes combined for 97 dingers last season -- with even more power around it:

So, all the Angels have to do to get Trout and Ohtani into their first post-season and Rendon to repeat his excellence there is to score 6-7 runs in 92 games or so.

Either that, or they'd better find a more productive rotation. They're trying, as opposed to last year's staff, which was really trying.

As a result, Moreno's really spending, and Boras definitely saw him coming.