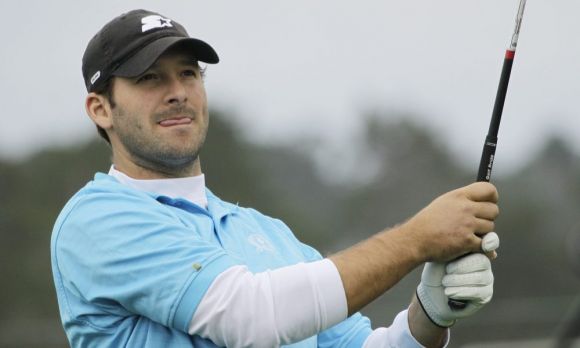 Tony Romo is what we like to call a renaissance man.

The former Cowboys QB immediately hopped into the CBS booth with the aggressively white Jim Nantz after retiring from the NFL.

He almost instantly became one of the better color dudes going, primarily by using his vast football knowledge and some dark magic to predict plays before they happen.

But he also happens to be a pretty decent golfer, which may potentially create a scheduling conflict this weekend.

Romo will be participating in the Safeway Open beginning Thursday.

This will only become an issue if he happens to make the cut, which would certainly please organizers of the Safeway Open.

If this happens, Romo would have to miss Sunday's game between the Bears and Vikings, leaving Nantz to his own devices and disappointing an entire nation of football viewers in the process.

If this horrific scenario does come to pass, it appears that Boomer Esiason would fill in.

Now, we happen to think that Phil Simms would be the better choice, if only for nostalgic purposes.

We can't help but wonder how packed Romo's schedule would be if he was still playing in the NBA.