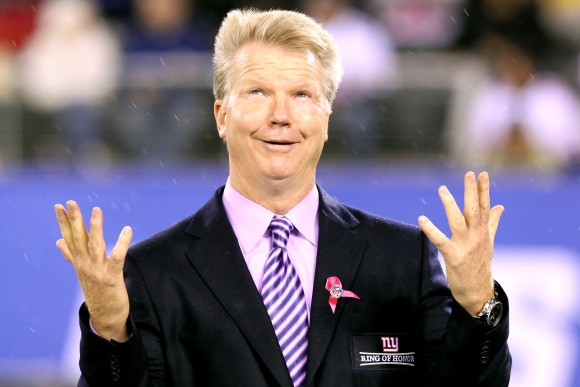 When the 2017 NFL regular season fires up again in September, something will seem just a little off.

A garden variety NFL on CBS broadcast is going to sound quite different.

The Jim Nantz-provided play-by-play will sound the same, but the color commentary will be ... less colorful.

Sadly, Phil Simms is no longer employed as an on-site analyst for CBS.

The anger is palpable.

In fact, an entire generation of NFL fans just let out a collective sigh.

Simms has seemingly been on the brink of booth banishment for some time now, but CBS finally pulled the trigger when Tony Romo and his mangled back formally retired from professional quarterbacking.

His back should be safe in the booth.

Romo oughta do well as a color dude, although there will certainly be a significant learning curve.

However, it just won't be the same without Simms.

Here are some folksy wisdom nuggets from his final game in the booth, courtesy of the brilliant Phil Simms Quotes:

That last one is particularly bittersweet now.

Simms should do just fine in his studio role, as he does the very same thing reasonably well on Inside The NFL.

It just won't be quite the same, though.