Tony Romo Is Practicing Witchcraft in the CBS Broadcast Booth 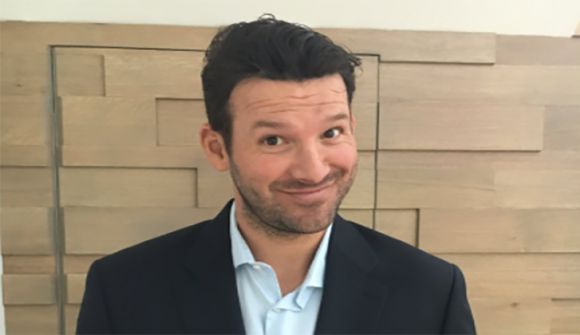 This whole Tony Romo in the booth thing seems to be working out just fine for CBS.

In many cases, former players aren't really able to articulate what they're seeing on the field.

Looking at you, Jason Witten.

However, the former Cowboy QB isn't afflicted with this particular malady.

In fact, dude's not only in your living room every Sunday, he also may be inside your huddle.

Yes, Tony Romo's indeed clairvoyant, which he demonstrated in his very first regular season game in the booth last year.

He hasn't been calling as many plays this season but decided to whip it out again late in the AFC Championship.

The Chiefs could've used some of this sorcery, because Romo was diagnosing everything the Patriots were doing.

Obviously, being a former QB is helpful in this regard, but dude's elevated the dissection of a football game to a combination of art and science.

Back in the CBS studio, Phil Simms is weeping openly.

We can only assume that Jim Nantz is having a better time with Romo.

The vanilla flavored play-by-play man has started a new tradition unlike any other in the CBS booth and is as amazed at his new partner's skills as the rest of us.

Romo has the offensive coordinator’s head set. I don’t care what anyone says

Tony Romo, watching footage of my kitchen: Folks, he's staring out the window at his backyard, but I can guarantee you he's thinking of eating that fifth slice of pizza. He feels some shame at the idea, for sure, but not enough.

Nantz: And there it is, he's getting the pizza.

He even referred to Romo as Romostradamus during the broadcast, which is signature Nantz wordplay.

Anyway, CBS has the Super Bowl this year, so Romo will have yet another opportunity to scare the shit out of America with his gridiron fortune-telling.

As far as we know, our friend isn't suffering from bulimia nervosa.