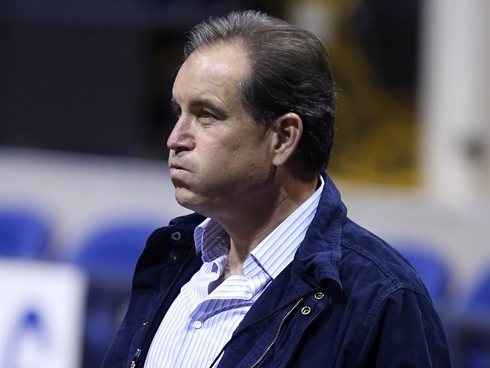 CBS lead football play-by-play man Jim Nantz is widely regarded as one of the best in the business.

Dude's also known as sort of a vanilla personality, which may or may not actually be the truth.

Whatever the case, hearing an honest, unfiltered take from him on any subject -- particularly from the cozy confines of the broadcast booth -- would be unusual.

This is why Nantz getting caught on a hot microphone is so fascinating.

Regardless of whether or not you agree with this opinion, it is completely authentic.

It's so rare to get true honesty from the booth during a live broadcast, particularly on a subject as controversial as the Colin Kaepernick-triggered national discourse on using the national anthem as a form of protest.

Clearly, Nantz seems agitated with the attention garnered by the players choosing to kneel during the anthem, and his suggestion to remove the cameras from the equation would be one way to stifle this movement.

Again, it is interesting to hear that sort of frankness from the booth, as opposed to the usual politically correct company line.

Usually, this type of unfiltered take is reserved for buffoonish talking heads like Skip Bayless, but literally everything he says is complete nonsense.

Also, a seasoned pro like Nantz should really know better. He's completely surrounded by audio equipment in the booth.

Gotta keep your head on a swivel, dude.