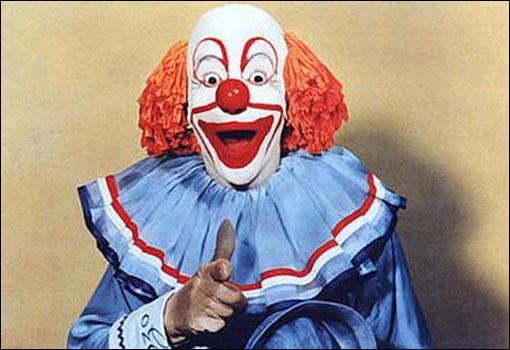 It's truly The Onion's world, and Jack Warner just lives in it.

Of course, that's 'waaay preferable to where he could be living in the near future.

Still, where would the FIFA scandal be without him?

After all, even episodes of bilking entire nations and laundering millions of dollars need their moments of comic relief. Warner delivers, much to the delight of HBO's John Oliver, who scorched him in an earlier report on FIFA's idiots.

And fortunately for the host of Last Week Tonight, the disgraced pile of indictment that is Jack Warner just keeps on bumbling.

Last week, he bought time to mumble on Trinidad & Tobago TV after this descent into insipidity:

So, Oliver bought time on the same channel to respond:

Well, it'd be disingenuous to say Warner took the bait, because he probably wouldn't know the difference between that and a bait-&-switch. Suffice it to say, he left himself wide open yet again:

If only Sepp Blatter was this entertaining. But he's not. And he won't be. Ever.