Let's Find Out What John Tortorella's Angry About Today 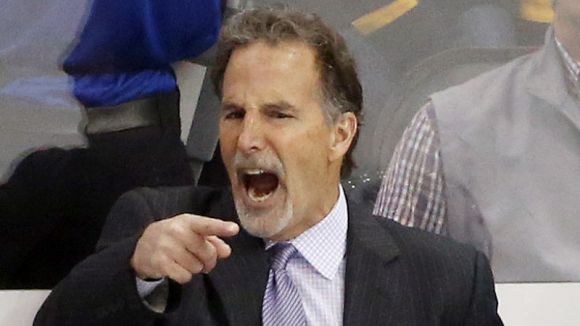 With the regular season still on the horizon, the volatile Blue Jackets head coach already has a bug or two up his ass.

It seems there's been a mass exodus leading directly outta Columbus, with free agents fleeing the city as quickly as possible.

Torts isn't the least bit pleased with these departures, as three of the evacuees were integral to the team's chances of contuining to win.

The Jackets lost Artemi Panarin to the New York Rangers and a wheelbarrow filled with cash money.

But don't worry, dude was only their leading scorer over the past two seasons.

Next up would be the acrobatic Sergei Bobrovsky, who is only the goaltender and completely interchangeable.

And last but certainly not least is Matt Duchene, who was only in Columbus for half of last season, but will still be missed.

Oh, and these three dudes are all 30 years of age or younger, so they can still play a little bit.

While Torts is pissed about them leaving, he claims he won't miss them in the slightest.

Of course, he obviously understands that players shuttle from team to team all the time, but the 2004 Stanley Cup champion is miffed that these dudes are saying they want to win.

Now, considering the shocking playoff run from last season, Torts thinks they could have won right where they were.

He's combined bluntness and logic into a cogent point.

We're quite sure Big John will get back to bickering with the media as soon as the new season begins.

That's what we crave.