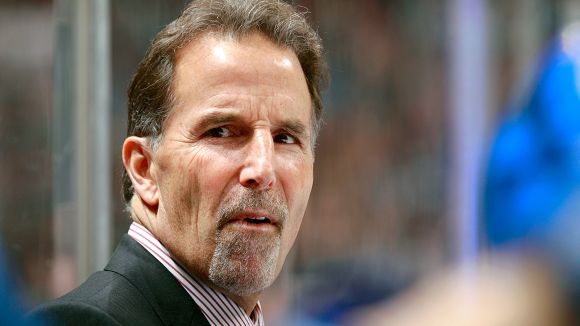 There's something to be said for a coach being blunt with the media.

However, there are also limits to this sort of brutal honesty.

This brings us to Columbus Blue Jackets head coach John Tortorella, who has been known to get feisty from time to time.

There's a good chance that pending Blue Jackets free agent Artemi Panarin is gonna be dealt before the looming NHL trade deadline, so when the star was ruled out of a recent game in Montréal, the local media got really excited.

Tortorella was more than happy to oblige them.

Now that's how you shut down an undesirable line of questioning.

Of course, the Stanley Cup winner does this sort of thing all the time.

Actually, the very same night he had some pretty specific thoughts on Anthony Duclair, the dude that replaced Panarin in the lineup.

Here are Tortorella's comments on Duclair in full. As you'll see, he mentioned Duclar's high skill level and upside, but man, he let loose on the kid. pic.twitter.com/pogTRcRprw

And here he is on why Duclair didn't play the night before.

While we can't imagine his players enjoy this public abuse, Torts is consistently entertaining.

It's such a treat watching a master apply his craft.