Coyotes Better Start Searching for a Place to Play 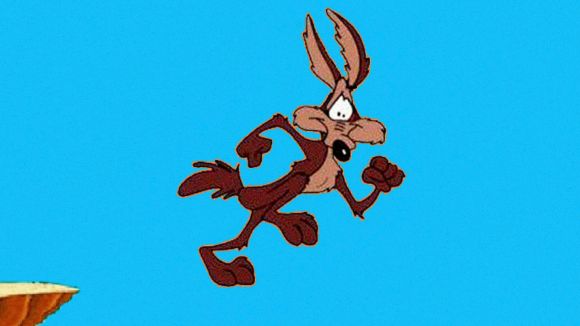 This is the way a classic and longstanding hate-hate relationship had to end.

One side finally grew the balls to call the other side's bluff and pulled the plug.

The Phoenix-area northern suburb of Glendale has never been a good fit for the Arizona Coyotes. Both sides knew it but tolerated each other through the mutual loathing because it seemed neither had any other choice.

And not that one side or the other hasn't tried to get outta the deal before, either.

For the past five seasons, the 'Yotes have insisted on signing one-year extensions of their lease agreement to play in the Gila River Arena while openly espousing their desire to move somewhere farther south in the metro area.

Their reasoning for wanting to shift down the road to Tempe or somewhere near there makes sense. Most of the Coyotes' fans live in that sector. However, the steady drip-feed of blatant proclamations to that effect was nothing short of humiliating for Glendale's city fathers.

And now, it's dawning on the club that this act mighta gone too far.

Glendale's clearly been scheming and plotting for a while to strike back, and the city council's finally got enough ammo to tell the hockey club to get lost.

So that's what it did.

Anyone who's been following this third-rate soap opera probably gagged when Coyotes President and CEO Xavier Gutierrez trotted out a cynical response to the effect of we want to re-engage with the city to negotiate a long-term lease.

The city's heard that before, too.

So their response was to be expected.

The council had hired a local analysis firm to find out just exactly what the 'Yotes meant to their immediate environs, and didn't like the results.

What's more, each Coyotes game generated around $12,000 in sales and bed taxes, while concerts averaged about $25,000 per event. Thus, it was obvious to the council that they simply had to schedule more concerts and other non-sporting attractions.

With an increased focus on larger, more impactful events and uses of the city-owned arena, the city of Glendale has chosen to not renew the operating agreement for the Arizona Coyotes beyond the coming 2021-22 season.

They've gotta get commitments from at least 20 more events that'll draw a minimum crowd of 10,000 to compensate for the loss of Coyotes revenue. They'll need to do some reconfiguring of the arena, as well, which will add to the cost of their $13million annual debt service that's got 12 more years to run.

In short, dudes aren't outta the woods by a long shot with their decision.

The pressure, though, is on the Coyotes. They're on a short fuse to find a place to play after this next season, and with rare exceptions, they haven't exactly been an entertainment bonanza. So playing hard to get with Glendale might not have been the best of strategies.

Odds are they're looking at the old Arizona Veterans Memorial Coliseum in Tempe, and it's gonna need some serious updating.

Right now, it's best known for that crazy ninja fraudit that's trying to connect the state to Earth 2.

Unless some other alternative pops up, though, hockey fans had best settle in. It's the closest they'll get to old-time hockey in a barn that looks like the reincarnation of Nassau Coliseum on Long Island while the Coyotes try to decide on a new arena deal somewhere in the Valley that's still only a gleam in the team's eye.

It's just desserts, really. They deserved to get blindsided by Glendale, and now they're faced with the sorta drawn out where next scenario the New York Islanders faced.

Except they don't have four Stanley Cups.