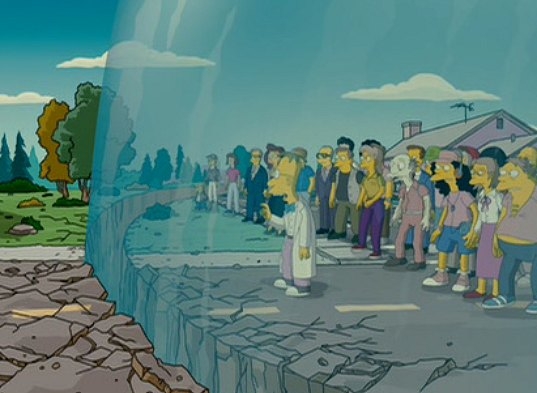 Apparently, the recurring headache that is the Coyotes in Glendale is contagious.

After all, their scenario is extremely easy to duplicate:

So, it's no surprise the Coyotes won't mind sticking it to the city fathers by looking elsewhere after the leakiest lease in sports gives them a chance to bolt in 2017.

The 'Yotes are going nowhere this season on the ice. Thus, it stands to reason they'd fall back on a tried-&-true headline grabbing technique to keep themselves relevant:

Bitch about the lease and look to land elsewhere. In the same metro area, even.

Imagine their public-extorting horror when the Diamondbacks got into the act and started threatening to cancel their lease at Chase Field if $187million in cool stuff isn't built into it.

After all, look -- look! -- at these slumlord conditions:

No wonder the Coyotes called in their Commish. Need a pro? Get a pro.

But really, isn't the answer clear?

Just build a dome over the whole damn city.

Dubai is doing it.

Sounds like they've got the architects and engineers to handle the small details, like luxury suites and artery-clogging food for the great unwashed. For example:

What the hell else do these clubs need to keep the corporate customers at the forefront of comfort and amusement?

As to the taxpayers having a say?

Just make sure that border wall doesn't get built before construction starts.