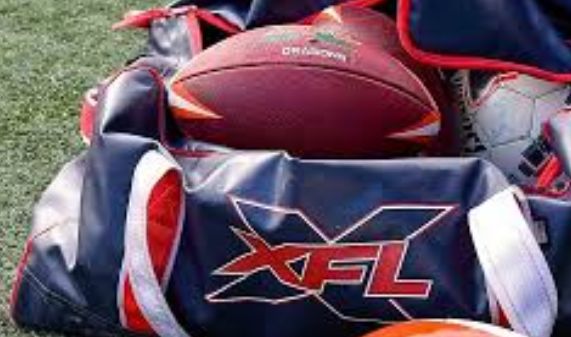 Will this finally be the stake through the heart of pro football in the spring?

After an inaugural season cut in half by a Covid-19 pandemic that actually made its first known public appearance at a sporting venue in North America, the XFL has punted.

Contrary to most Vince McMahon productions, this one went out with barely a whimper.

Interestingly enough, word has it that the XFL's burn rate wasn't very far outta the norm for a first-year operation.

Average game attendance was a respectable 18,614 that balanced notable standouts with large-market disappointments:

Based on the XFL's figures the ratings were encouraging, averaging 2million viewers per game:

Well, then there's this: McMahon's WWE stock tanked like most entertainment enterprises did due to the pandemic lockdown.

As a result, OG probably had to swallow hard and recalibrate this boast:

Vince McMahon is set to lose a crazy amount of money when the XFL launches:https://t.co/LudAddPRMy

If nothing else -- literally, because now, there is nothing else -- the league mighta shown NFL fans how to add a bitta zip to its games. Commissioner Oliver Luck did a cool job of implementing new rules that, for the most part, improved the game and the fan experience.

One of the best was ditching the kicker for the extra point and giving an option to go for not just one, but two or three as well:

The Los Angeles Wildcats converted the first-ever three-pointer, getting a break after a defensive penalty moved the ball to the 5-yard line for the attempt.

Kinda like a discount. However, this rule even made penalties more significant:

The kickoff rule looked funky at first glance, but it was designed to minimize injuries, and it succeeded.

As well, more runbacks happened than ever does in the NFL anymore, so this play has been brought back into the game.

Some of the league's standouts have signed with NFL clubs already, a few more are likely to follow, and draft-eligible S Kenny Robinson Jr improved his stock to the extent that he's likely elevated himself from being passed over to becoming a late-round pick.

All in all, the XFL wasn't a disaster like XFL 1.0 or the USFL, which Donald Trump almost single-handedly destroyed.

It may have evaporated in a 10-minute conference call with its players and other employees, but it's got a shot at living forever if the NFL can just take a hint or two. Simply for introducing a few of those new rules, that half-season was worth it.

And, for those following along over in the Daily Stake section, the XFL was well worth it. For that reason, too, it'll be missed.