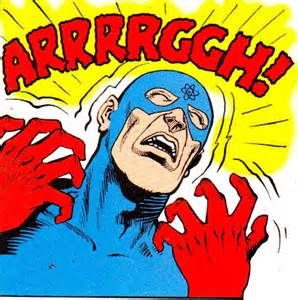 Just when things were going so well.

Every indication was the family-friendly XFL was puttering along quite nicely in its quest to be the first outfit to actually make a go of playing pro football in the springtime.

Decent crowds were showing up here and there. TV ratings were respectable. The new rules are a hit.

You're not the only one, kid.

Unless you were the concessions vendor working the Dragons-Renegades game at Seattle's CenturyLink Field who tested positive for that rogue strain of coronavirus, now infamously known as Covid-19.

As if that wasn't enough, the black cloud followed Seattle to Houston where dudes were denied history's first shot at a Hail Mary keying a possible 9-point comeback by getting short-shifted a couple of seconds.

For some reason that apparently didn't involve drug use, the referee called the game too early.

XFL Houston QB Phillip Walker kneels on 4th down with 2 seconds left in the game that would’ve given Seattle the ball on the Houston 20 in a one score game (3 point conversions are possible).

Instead, game clock runs out, refs leave, and XFL says “see...what had happened was...” pic.twitter.com/0Dd8v3VAqb

The Dragons have actually shown signs of the the last couple of weeks. Odds are strong they wouldn't have hit a TD pass and then the 10-yard 3-point attempt to make up the nine points, but hell, as St Herman reminds us all:

There wasn't even any time left for this move:

As a matter of fact, the ref in question won't have any time left to make it up in a future Dragon's game, either.

Not sure what was so urgent for dude to leave the field with time on the clock, but he'll have lotsa weekend time on his hands from this point forward.

As to the Dragons, the can but wait for another game to get a bit closer than this 32-23 loss to Houston's still undefeated Roughnecks:

While Seattle was denied their remote hope of pulling off the upset, the New York Guardians weren't.

Luis Perez was functional through the air, going 16-30 for 229 yards with a touch and a pick. It's all he needed to do in a game that featured, among other things, a 92-yard kickoff return to da crib, a LB pick-6, and a fat-dude deflected interception:

Damn. Even baseball players would be ashamed of that one.

As Rick Neuheisel once famously said, though: Scoreboard, baby.