XFL 2.0: Trying to Please without the Sleaze 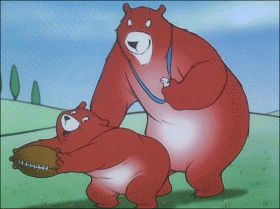 Are you still ready for some football?

WWE boshmeister Vince McMahon hopes to high hell you do.

Dude just got half-a-bill kicked outta his net worth, so if there's any way he wanted to see his second go at springtime football succeed more than he originally did, it's now.

And this weekend, the XFL is now. Again. Kinder and gentler.

This weekend, this version is gonna whistle past the graveyard that holds the bones of the USFL, WFL, AAF, and of course, itself.

The league's had all eight of its teams training in relative obscurity, but when the bell rings this weekend, McMahon and his crew are counting on opening a few eyes. Mind you ...

What's going on with outta-market mythological creatures in the Emerald City?

Of course, the other pro football team there hijacked the 12th Man custom from Texas A&M before justice prevailed. Apparently, importing tradition and legends are how they roll up there these days.

This could mean the Dragons will be under a karma alert.

They'll also join the New York Guardians to display some, most, or all of the XFL's spiffy new rules to make pro football more ... whatever:

Indeed. The XFL's gotta have a few gimmicks, even if they're vanilla.

The season's set to be 10-games long with no bye week, which makes sense with only eight teams.

The top two finishers in each division will play off on the weekend of 18-19 April with the title clash the next weekend.

Play-by dudes and their faithful analyst sidekicks will be able to mention betting during games, and there'll be on-screen graphics to accompany them.

As well, if you've got i❤️Radio, it's partnered with the Vegas Stats & Information Network (VSiN) to produce BetCasts and cover games from a punter's point of view.

So, dudes and dudettes, start your wallets. The XFL has got you covered, so now it's up to you to cover.

Vince McMahon and his stock portfolio would be ever so grateful.