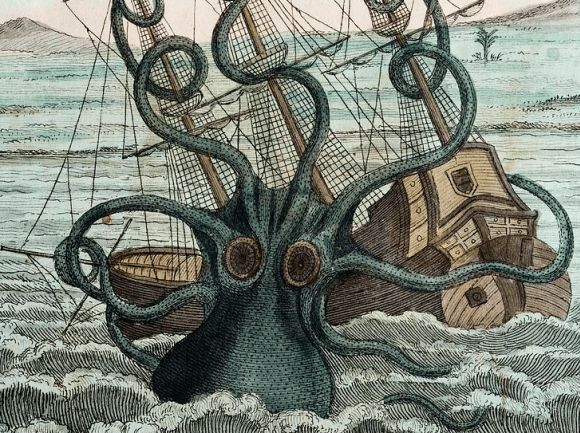 Seems like the easy part was awarding an NHL expansion franchise to Seattle.

After all, that only involved finding an ownership group with deep pockets, kitting out an arena, putting together a front office staff, and other trivial stuff.

And because this is Seattle, the club's already got its website up and running.

It's clearly a seminal moment for the ticket-buying, cable-watching, merchandise-purchasing public.

Seattle's got a pristine place in hockey history by being the first American city whose team -- all Canadian players, of course -- won the Stanley Cup. Those were the Metropolitans in 1917.

Lotsa salmon runs go through Seattle on their way to the rivers where they spawned. Sockeye return in the summer months.

Actually, the first locals to created Totem poles lived along the Alaskan and northern Canadian coasts. Seattle adopted them in the 1899 when it cultivated its reputation as the Gateway to Alaska due to the Klondike Gold Rush.

Nowhere in Seattle's region or history is there a trace of giant squid.

Most notably, not a Kraken in sight or local legend.

That hasn't stopped a popular surge in the concept of Seattle's team taking to the ice in the 2021-2022 season to a Clash of the Titans sort of adrenaline rush:

Granted, only an r separates Greek from geek, and there's enough of those in Seattle to be classified as an ethnic group, but really?

Turns out that Sockeyes is outta the question, as author Jami Davenport has trademarked that name for her series of hockey-themed bodice-rippers that apparently sell quite well.

Totems is often the popular choice when newspapers conduct fan polls. That trademark has kept it from junior teams using it, but apparently, it's free now.

Those two were the clear winners when the Seattle Times weighed in with its rolling poll: Besides, Evergreen College in the state's capital uses it for their mascot. As any right-thinking Washington native will tell you, it's actually pronounced gooey-ducks. Who knows if it's been trademarked. According to Time magazine, why bother?

As to Kraken, it's notable the name didn't get outta the Seattle Times' poll's first round.

Seattle football fans are still trying to figure out how the XFL gave their team the Dragons name.

Then again, those dudes didn't ask anybody. They just pulled it outta their hat or something.

The city's hockey fans seem to be a bit more passionate about such things. Who knows? Maybe the NHL brass and the team's owners prefer Kraken and wanted to see if fans would warm to it.

Even the Seattle Geoducks would be better than #Kraken. #NHLSeattle pic.twitter.com/CpdhYMbkuV

If so, it's probably good they began the process early.