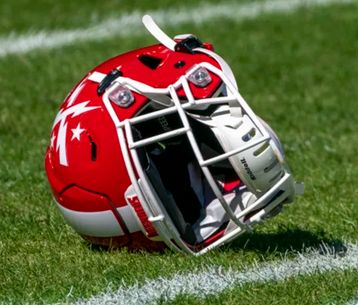 When the world around you is going crazy, it's understandable that these things can happen.

Upon further review and for the most part, the XFL actually wasn't, either.

It was no NFL, of course, but hell, the NFL probably wasn't the NFL in its first season of operation. If nothing else, the league's new rules made games worth watching. It would behoove The Shield to take a hard look.

This one is, and should be implemented in the NFL immediately, replacing the game's most boring play:

The league was actually holding its own when it became the first to encounter a Covid-19 incident. Unsurprisingly, it happened in Seattle, the pandemic's first massive beachhead in the USA.

Not soon thereafter, the XFL did the socially responsible thing along with the rest of North American sports.

It even made an announcement saying as much on Thu 12 Mar:

So there was no doubt whatsoever that dudes knew their first season had gone the way of the dodo bird.

However, with all the social distancing going on, perhaps Vince McMahon and his band of merry suits were simply too distracted to keep track of their own proclamations.

This could be why the XFL decided to remind the sporting world that, yes, they did hang up the helmets and cleats this season. Or maybe they just wanted to be sure everyone noticed.

Fresh from their Department of Redundancy Department, then:

Now that there's absolutely not even a shadow of a doubt that the XFL's into its off-season, it'll be no surprise that a few of its players who distinguished themselves will be subjects of NFL interest.

Maybe even more so than the first time they were subjects of NFL interest.

Take PJ Walker, for instance. Now that his coach at Temple -- Matt Ruhle -- has assumed the reins in Carolina, would anyone be surprised if they reunited?

Cam Phillips, dude's favorite target, should get a call or two, as well.

“I SMELL ANOTHER ONE” @camphil5 takes home two straight XFL Star of the Week awards.

Phillips has 16 catches, 257 yards and 6 touchdowns through the last two weeks. pic.twitter.com/1k9HtCf1bT

A couple of tall timbers stood out for more than being 6-8, too:

S Kenny Robinson made a good decision signing up for the league after being expelled from West Virginia.

Instead of going the grad transfer route and sitting out a season, dude wound up with the St Louis BattleHawks and finished the XFL's half-campaign with two picks, a sack, and 21 tackles.

Dude may have shown the way for other college players who might not get the sorta NFL scouting evaluation reports they wanted and need a further shot at making an impression before draft day.

There are a good 8-10 others who surely will draw interest, and if so, then the XFL will have yet another selling point for attracting players and hardcore fans.

Odds are strong they knew the season was toast when the league initially announced it and positioned themselves for the start of The Shield's free agency scramble.

That's the date they circled, and it's obvious they didn't forget.