Jeez, Stephen A Smith Is Confusing Names and Sports Again 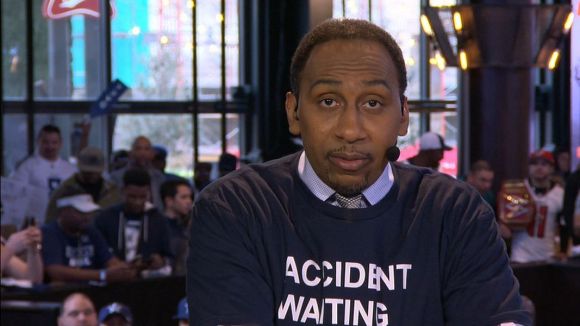 Some might think it'd become tedious to continue mocking Stephen A Smith.

Well, they would be mistaken.

Besides, we have a responsibility to hold him accountable for every single flub, regardless of how cringeworthy it may be.

The criminally overpaid ESPN talking head was at it again recently while discussing football, which as experience has taught us is never a good idea.

Here is the NFL savant trying to make a point about Baker Mayfield and failing miserably:

No sir, you don't remember correctly.

And you still don't know who Luke Voit is, because he plays first base for the New York Yankees.

See, that was Voit hitting a three-run homer on Opening Day, something you simply can't do if you're playing QB in the NFL.

Now granted, Luke Falk of the New York Jets probably wishes he wasn't playing football right now, and you could argue that what he's been doing out there isn't really football, but that's a different discussion.

We should probably be grateful that he at least got the city correct, although standards really could be a bit higher aboard the Mothership.