Stephen A Smith Should Just Stop Talking about Football 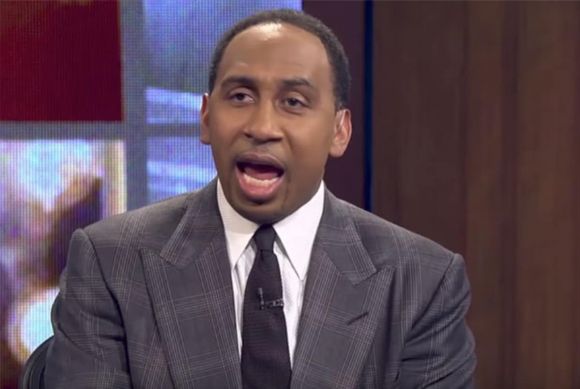 Just went you think standards at ESPN couldn't possibly be lowered any further, Stephen A Smith looks into a camera and starts discussing football.

While the competitive screamer also knows very little about other sports, he seems to save his most comically inept moments for the gridiron.

The hot take dispenser recently provided further evidence that he hasn't one single clue about anything even tangenially related to football at any level.

On the horrifically bad First Take program recently, Stephen A began ranting about the Washington Redskins, which is something that brings him joy.

However, the gibberish train derailed quickly:

Everyone please move to the nearest exit in a safe and orderly fashion.

While we can certainly appreciate the humor in discussing the Redskins QB calvacade of suck last season, there's no reasonable scenario that involves Tress Way starting a football game under center.

However, if the Skins punter had his way, this wouldn't be the case.

For those playing the home game, that would be his career passer rating.

Back to the Incredible Hack, though.

Stephen A is apparently extorting obscene amounts of money from the Worldwide Leader by simply reading names off a sheet, as he noticed that Tress had attempted a pass and made the deranged assumption that he must be a QB.

Clearly, our journalistic hero has been talking football with Mike Francesa, another cartoonishly overpaid goon who likes to read names while pretending to provide insight.

@JayGlazer Hey Jay, I now believe that Odell is gone, because Mike says there's no way he'll be traded. pic.twitter.com/qFMgvbTqIp