More Silly Gibberish from That Complete Hack Stephen A Smith 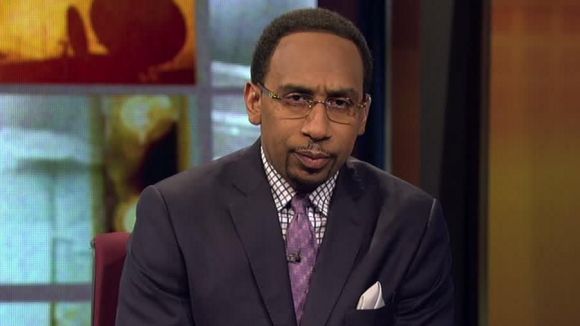 Obviously, it goes without saying that the ESPN morning show First Take isn't to be taken seriously.

However, many folks do seem to enjoy the shtick, which apparently requires nothing more than the ability to yell things that are wrong.

This brings us to the practiced buffoonery of one Stephen A Smith, who's been spewing more nonsense than usual recently.

Of course, who can possibly forget his incoherent Chargers report from back in December?

Sadly, this severed talking head is at it again, this time trying in vain to form a rational thought aboiut the NFL potential of Ohio State QB Dwayne Haskins.

In which Stephen A. Smith says that Dwayne Haskins is “more of a runner than a thrower.” pic.twitter.com/Gtowi8y0Pp

Yep, he shared this opinion out loud in front of a camera.

The only conclusion you can draw from such a remark is that Stephen A Smith doesn't prepare at all before going on television and hasn't actually seen Haskins play football.

Yep, definitely more of a runner.

In case you were wondering, Haskins passed for 5396 yards in his two seasons with the Buckeyes.

The dude with the big arm did respond to this nonsense with a relatively gentle barb:

And here is Stephen A digging that hole even deeper:

Why? Because I believe what I believe? I know Haskins is a baller. That he threw for 50 TD’s last year. But I view his athleticism as more of a plus (I.e. scrambling outside the pocket, etc.) I don’t view him as an ideal pocket passer, nor the runner than Kyler is. Period! https://t.co/9u6GZxnuYg

There has to be some sorta gas leak in that studio.