Stephen A Smith Refuses to Stop Being Wrong about Sports 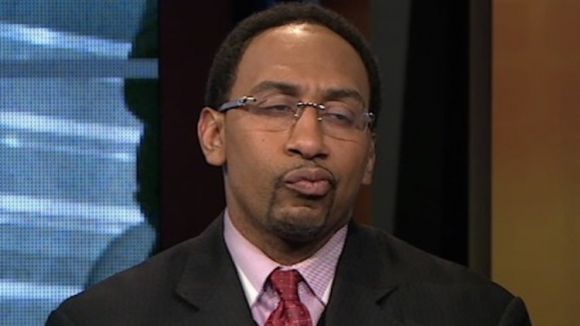 In an effort to keep ESPN viewers and listeners alert, Stephen A Smith has apparently decided to stop dispensing bad takes and factually inaccurate statements regarding football.

Of course, this doesn't mean he's going to begin researching topics before he speaks in the vicinity of a microphone.

No, Smith is just going to focus on a different sport for a while.

With the MLB regular season rapidly approaching, the incorrigible Stephen A wants to remind us just how woefully unprepared he is to discuss baseball intelligently.

You may have heard that Mike Trout just signed an extension with the Los Angeles Angels that will pay him an ungodly amount of money to stay in LA for the rest of his Hall of Fame career.

Well, Stephen A heard about it, but his primary concern is how this deal will affect the status of manager Mike Scioscia.

The pity in the voice of Jeff Passan was the verbal equivalent of Tedy Bruschi's reaction in the following clip:

Seriously, all of this pertinent video and audio should be cataloged for use at the inevitable competency hearing that will determine his future employment status on the Mothership.

For the record, Brad Ausmus is the current manager of the Los Angeles Angels, but this information will have no tangible impact on Stephen A Smith or his bi-weekly direct deposit from ESPN.

It just doesn't seem to matter.