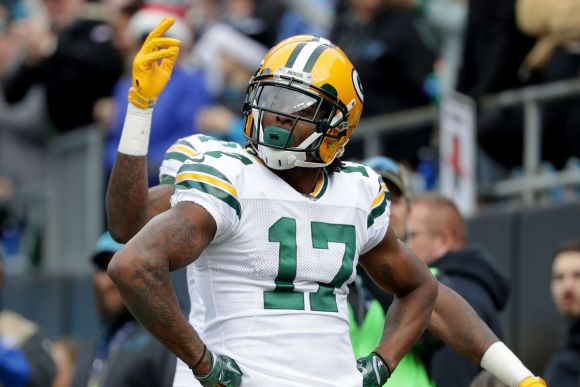 Stephen A Smith is firing up the old hot take machine and offering up a fresh batch just in time for the 2019 NFL regular season.

If history's taught us anything, it's that the ESPN First Take gibberish dispenser knows less than dick about football.

However, we also know that this fact doesn't deter him from discussing the sport in front of people and into live microphones.

Recently, Stephen A shared his obviously well-researched list of the top five WR's in the game today.

Here's this silly man presenting his list for a captive audience:

If you're looking for AB on @stephenasmith's A. List of the Top 5 NFL WR's this season, you won't find him and he explains why: pic.twitter.com/YpGD5IkEP5

Clearly, Stephen A is in mid-season sports yelling form.

However, you may have noticed the omission of Davante Adams.

Even if you didn't, he sure the hell did.

And glue is one hell of an adhesive.

It's no surprise that the Packers' No 1 receiver would take these completely arbitrary rankings produced by a seasoned NFL scribe such as Stephen A so seriously.

Anyway, we hear he's trying to give up the glue.

The pills are another story.