Gronk Has Joined Fox Sports, Which Is the Best News Ever 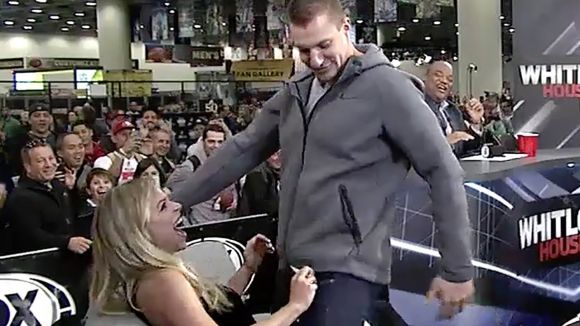 We've got some news that'll make you giggle with delight.

The retired Rob Gronkowski is joining Fox Sports as a studio analyst.

Finally, the big lug will have a job that fits perfectly with his skill set, which of course is his mastery of the spoken word.

Indeed, Gronk is going to be gronking all over our living rooms once more, dazzling us with his football verbiage and challenging the status quo.

Uncle Terry's going to have to watch the language around the child-like Gronk.

If not, they may let the former Patriot do the highlights, which would be glorious.

Gronk was able to string a few sentences together to describe his thoughts on the new gig:

That's the level of insight we can expect from the future Hall of Famer.

And it appears we won't have to wait long for his debut:

Gronk is joining FOX Sports as a NFL analyst.

The excitement across the football viewing nation is palpable:

The offer to Gronk from The Economist was simply not competitive. https://t.co/CngMvKk2VB

Or from the White House.