Tom Brady is Forced to Activate Gronk During a Game 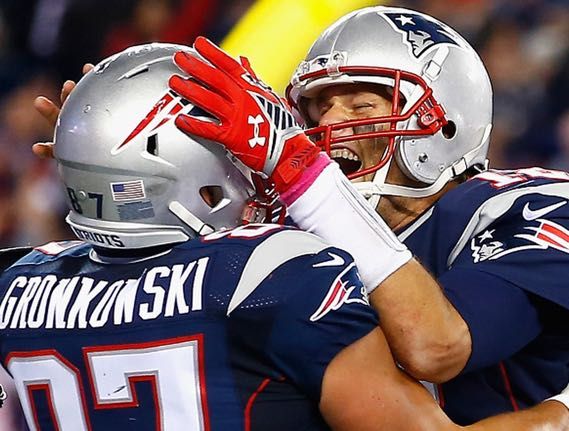 The manchild known simply as Gronk was apparently on the fritz the other night in Foxboro.

With the Patriots and Chiefs exchanging rapid fire scores in a wildly entertaining game, QB Tom Brady took a moment out of his busy GOAT schedule to help out his half-bro, half-cyborg TE.

It appears that on one particular play in the second half, Rob Gronkowski simply stopped operating.

We are all forever indebted to NBC for picking up that brilliant audio.

Sadly, the NBC cameras were unable to get the shot of Brady rewarding Gronk with a treat on the sideline after the drive ended.

Just to be clear, he's not referring to a good book.

Anyway, once the Gronk became fully engaged, he starting making plays, including a 39-yard hookup with Brady to set up the game-winning field goal.

It was also a milestone grab for the big guy.

That is the 500th reception of Rob Gronkowski's career. A big one.

Hopefully, he'll be able to respond to simple voice commands in the post-season.