Stanford Does the Pac-12 Thing by De-Quacking Oregon

Published on 3-Oct-2021 by Alan Adamsson 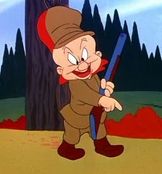 And every season, Pac-12 fans maintain a stark opinion on the matter:

To the majority of them, it's more fun to have more teams in the race far deeper into the season than one or two perennial big brand challengers for a CFP invitation.

While the conference's recent title holders have come from the North Division -- Stanford, Oregon, and Washington -- only the Ducks have come out on top three seasons in a row, while nine different teams have made it to the championship game.

So where's the inferiority vis à vis the others?

Could the logic-defying specter of subjectivity be imposing its warped presence here?

What's ironic is this season, in non-cons, the Pac-12's presumed standard bearers for 2021 won the big ones:

What happened after those, though, was a double-shot of its customary chaos:

The Cardinal's 31-24 overtime triumph just underscored that phenomenon once again:

It's conference play, where everyone knows everyone else and some systems do well against others regardless of roster for whatever reason. Nowhere in college football is this more endemic than in the Pac-12.

In the aftermath of Stanford, the Ducks are busy assessing their body count. On top of that, it's gonna be odds-on that they'll soon be subjectively ranked below Ohio State in the Top 25, giving cause to the possibility that ADD is contagious.

In CFP terms, Oregon and Arizona State are now the Pac-12's only practial possibilities to make the bracket, but one more loss, and those ships sail. Given the conference parity, it wouldn't be a suprise to see either or both knocked out of contention for the title game along the way.

It's thus entirely possible that either, both, or another team will emerge from Las Vegas victorious but saddled with two regular-season losses. No team in the CFP era has ever qualified for the bracket with two losses. However, if one does, bet the ranch that it'd be Ohio State, Alabama, or Georgia.

The Pac-12 does a helluva job keeping teams and their fans in suspense for a good portion of the season. It's boffo for local interest, but not so much for national respect.

Campaigning for expanded playoffs finally seems to be getting results, and therein lies the conference's hope to avoid subjectivity, no matter how its cloaked in rationalization. Conference jumping may have slowed the momentum for it, but it'll come to pass. And it should.

Parity is good, and what's wrong a survivor emerging from a situation like that with two losses?