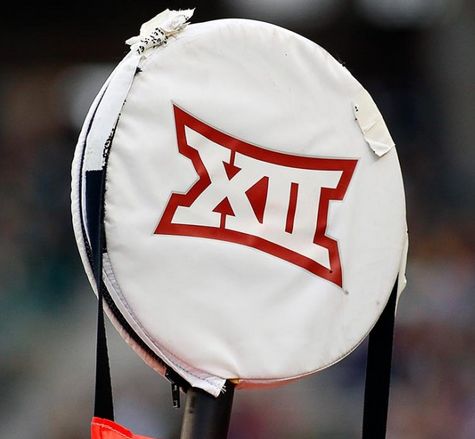 Legendary sports fan Mark Twain knew the feeling when he read a preliminary obituary where he was the subject and figured he should set the record straight:

Reports of my death are greatly exaggerated.

Maybe that was the rallying cry for the remaining programs in what was once the Southwest Conference until it merged with the Big 8 to become the Big XII and then starting leaking teams.

Most of those departures happened because various schools got sick of Texas lording over them and left for destinations such as the Pac-12, Big Ten, and SEC.

Now, ironically, the Longhorns -- with their faithful sidekicks from Oklahoma -- have decided to follow the filthy lucre eastward, and the general consensus became the remnant was a dead league walking and, based on that assumption, planned accordingly.

Clearly, they shoulda paid more attention to a fundamental truth that was so eloquently stated in Jurassic Park:

In this instance, one other fundamental truth has also presented itself in the most stark of manners.

If disgraced president Richard M Nixon ever hit a nail on the proverbial head, it was when he uttered the obviosity ...

One of them is the Power Five/Other Five divide.

The American Athletic Conference has spent a couple of season billing itself as part of the Power 6, and making noise about it both on the field and in the halls of the ivory tower.

UCF even decided to take matters into its own hands after posting a second undefeated season in 2018, anointing itself as national champions, essentially sending a not-so-suble message to the CFP Selection Committee to go pound sand.

The Knights ultimately decided it was easier to take advantage of the Big XII's vulnerability as a Power Five conference on the brink, as did other AAC members Cincinnati and Houston.

In so doing, one of the American's strongest arguments for Power 6 status -- besides the defectors, it had teams in the major markets of Philadelphia, Memphis, New Orleans, and Dallas itself -- was undercut.

In contrast, with BYU joining the other three jumpers, the Big XII's prestige and claim as a Power Fiver was essentially saved.

Where college conferences tranditionally aligned according to their similarities -- for example, the Pac-12 is composed of research universities and the Big Ten was built around land grant institutions -- most of the others anymore are grouped by revenues first, last and always.

So now the onus falls to the AAC for what to do next.

If it 'waits' for fellow schools from the Other Five to inquire, they may focus on replenishing their inventory of major markets. That'd put three possibilities in prime position should they decide to make a move:

As it was always gonna be, when Texas and Oklahoma decided to pursue greener pastures, it'd be a host of other schools that would be left scrambling.

And, of course, this was a drive-by that inflicted repercussions on a cohort of innocent bystanders.

The aftershocks are even reverberating in places where one would least expect them. The West Coast Conference doesn't participate in football, but this group of private religious universities was home to all of BYU's other sports.

The Cougars have traditionally been one of the primary regular-season challengers to the perennially potent Zags.

Does the WCC now look for a replacement or just go with an odd number of members. It's done so before, like when the Jesuit-run Seattle University figured it'd be a natural to round out the league. After all, it was the alma mater of Elgin Baylor, who took the then-Chieftans, now-RedHawks to the NCAA finals back in the day.

The Zags voted it down, not because they considered Seattle U an in-state recruiting rival. Their reach is global. Instead, they didn't want their strength-of-schedule ranking to be depleted any more than it already is when WCC play happens.

If anything truly positive came outta the Longhorns-Sooners ambush, it's that the odds now favor the Big XII proving, when the smoke clears, that arithmetic actually counts for something. The moral of the story, though, is what it's always been in college sports:

Something that Twain satirized often.

It's not the sorta image university presidents would prefer to project for their institutions of higher learning, but Ivy League aside, it's always been the reality.