Will a Power 3 Alliance = the SEC Mega-Conference? 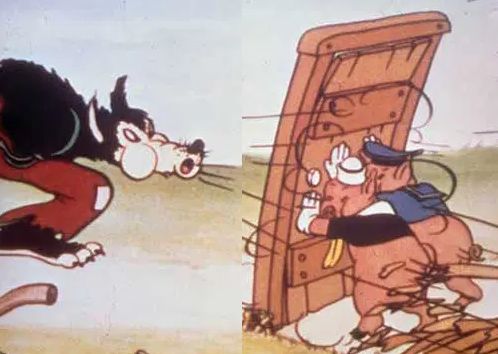 The old college try is alive and well.

It's been less than a month since Texas and Oklahoma dropped the bomb on its soon-to-be-former Big XII brethren, informing them that the turf and the cash are both much greener in the SEC.

No one expected the other big conferences to take this news lying down, and with earlier episodes of upheaval still fresh in everyone's minds -- ie- conference raiding and realignment -- it seemed like the carousel was gonna fire up again.

Three dudes on this planet, though, may beg to differ. If nothing else, they're considering the possibilities.

Their opinion will count, too, since they're the commissioners of big brand conferences:

Seems that they're kicking around the notion that some sorta scheduling alliance will be enough of a nuance to counter the SEC's drawing power once the Longhorns and Sooners join their ranks, ratings- and revenue-wise. In so doing, they're thinking a subtle change like that will avoid a more radical and chaotic scenario of every conference fending for itself.

Most football programs follow an ABC format for non-conference scheduling:

If they dumped either a B or C opponent in place of one of their own, that'd give each team a home-&-road game of impact that could well boost the conferences' strengths-of-schedule data and better the odds of placing at least a 2- or 3-loss team in the College Football Playoff bracket whenever it expands to as many as twelve spots.

The question is whether another strong non-con opponent would be enough to put the alliance on a par with the SEC's offerings. After all, if it so decides to counter-schedule, the SEC could counter with a nine-game conference schedule of its own if it sees an advantage there.

Another intangible won't be settled until the CFP playoff expansion is formalized. It'd be spiffy if that crew did the noble thing and guaranteed a spot for all FBS conference champions. There are Other Five teams that can hold their own with the big brands -- currently, that'd include Cincinnati, Coastal Carolina, Louisiana, and a couple of Mountain West outfits -- but they'll face headwinds from the SEC.

At its most basic, what the alliance currently proposes amounts to an in-season bowl game without the swag. This coming season, there'll be six non-cons where alliance foes clash, with the headliners being Oregon at Ohio State and Washington at Michigan.

If nothing else, there could be a Rose Bowl preview outta that crowd; it'd take the Wolverines returning from mediocrity, of course.

Meanwhile, the Big XII would likely love to be a fly on the wall for those conversations, but right now, their lot in life is just similar to that of a fly:

Until or unless something else more radical happens, their best option looks to be either an alliance of their own with the American or Mountain West.

No matter what, the obvious alliance objective is gonna be pursuit of revenue increase, and let the rest of the dominoes fall as they may. Their strategy for doing so is boosting their strengths of schedule and hope the CFP means it when they say that will have more priority in its playoff rankings.

But can the CFP be trusted to change its ways in this changing football world?

No matter what, the SEC is sitting pretty.