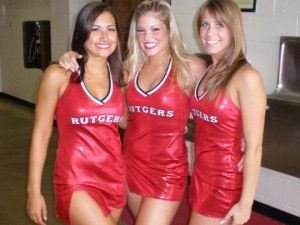 The college football mid-season is when a select few programs start seeking to make the sorta statements that'll convince the CFP Selection Committee that they're deserving of an invitation to the Featured Four.

Damn near 100 of the others are aiming for the other bowl invitations.

And a few, like Rutgers, have already packed it in.

Where does all of the fit into successful over/under strategies?

If there was some sorta golden formula, we'd all own a piece of Las Vegas right now. Instead, we've gotta start with a couple of basic fundamentals and season to taste.

I base my suggestions on the early-week lines, so before you decide to throw in with me, check where the lines are now before making a final decison.

Neither one of these squads lights it up on Saturday. Northwestern, especially, hopes to control the clock and upset the Hawkeyes in a slow game.

Iowa will oblige by trying to do the same thing to the Wildcats. The Hawkeyes win by around 11 in what should be a 17-6 battle. This one's money. Big money. Go under.

Neither team plays exceptional defense. However, neither team has a stunningly good offense, either.

In fact, this could be a dreary matchup where the score ends up 24-22, or something like that. Under.

Louisville will try to push the pace. That’s not a good idea against a team with an excellent defense.

Tua’s taking the game off to recover from ankle surgery. With the Crimson Tide getting a bye after this, expect Nick Saban to play more cautiously than he has on offense this season.

The Razorbacks simply won’t score more than 10 points while Alabama should win by around 17 to 20. That won’t come close to the over.

Showing signs of competitive life under The Hat, Kansas has become a decent squad at home. Expect them to move the football in this matchup against a tough Texas Tech team.

The Jayhawks should score close to 30 while the Red Raiders could be good for at least 35 points. In fact, they could score 42 or more in this, which should help over backers.

The Golden Eagles used to field a pretty good defense. Not anymore. Clemson’s defense has started to gel while the offense has gotten much better since the almost-loss to North Carolina.

You’d think these two would score at will against each other on Saturday. But, to believe that, we’ve got to believe that Jim Harbaugh's offense keeps up with the Fighting Irish offense.

Sure, the Wolverines dropped 21 onto Penn State. Michigan could bounce off that effort and not move the football nearly as well in Week 9. Another under game.

The Bruin offense finally appears to be on track. Before getting too excited, though, it’s important to realize that the three teams where they scored at least 30 points or more were Washington State, Oregon State, and Stanford.

Herm Edwards' crew plays defense much better than any of those teams. The Sun Devils allow an average of 18.1 points per. ASU will ensure an under game.

Let's keep this one as simple as it is:

The Golden Bears won’t score more than 10. The Utes consistently put up 21 to 24 points. Another under game in Week 9.