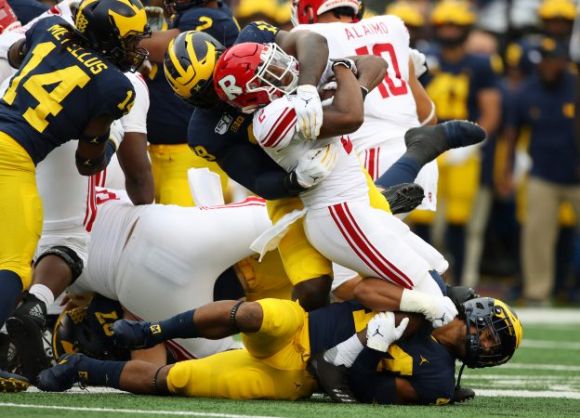 The state of the really old Rutgers football program has been well-lamented both here and many other places.

Former head coach Chris Ash was given a second chance at life after his dismissal last week.

Now it seems that two Scarlet Knight players have figured out a way to escape this already tragic season.

They're invoking the power of the redshirt.

While it's nothing that dramatic, an NCAA rule change now allows players to compete in four games during a season while still maintaining an extra year of eligibility.

QB Art Sitkowski, last seen being smacked in the face by his own teammate after a rare TD pass, is one of the dudes in question.

And RB Raheem Blackshear, who was on the receiving end of that painful scoring pass, would be the other one.

This intelligent pair of student-athletes had to ask interim head coach Nunzio Campanile to grant this request, which he begrudgingly did.

But not before lecturing us on the merits of personal sacrifice for the greater good:

Read between the lines of what Nunzio Campanile had to say. pic.twitter.com/wSOFrbvsG7

Of course, Nunzio doesn't have to go out there and have his ass handed to him in the Big Ten week after week.

It remains to be seem whether these two dudes will flee the program completely by transferring before next season.

In the meantime, let's see how the Scarlet Knights fared without their best player and their QB this past Saturday:

And that was Maryland.

This is gonna get ugly.