Penn State Really Seems to Have Maryland Figured Out 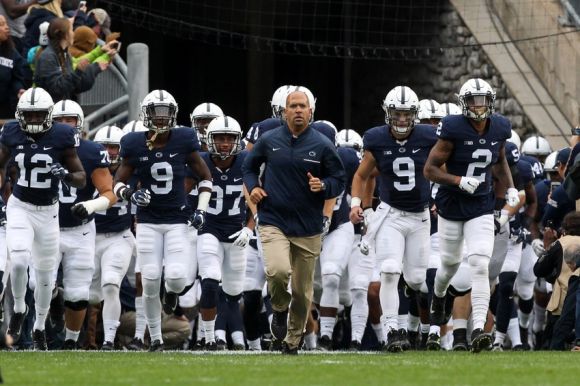 Well, so much for that University of Maryland football renaissance.

The mighty Terrapins won their first two games by a combined score of 142-20 -- including a blowout win over a ranked Syracuse team -- but then things went off the rails just a bit.

After a loss at Temple and a sneaky tough bye week, the Terps had a home date with No 12 Penn State.

If you're familiar at all with the recent history of this series, you'd know that this was an ominous harbinger for these dudes.

Unfortunately for Maryland, the ancient scholars were right on the money.

The final score was 59-0 in favor of the visiting Nittany Lions.

And it wasn't even that close.

Here are the moving pictures:

Penn State has now won the last three meetings between the schools by a combined score of 163-6.

Well, the Terps do get to visit Rutgers next week.