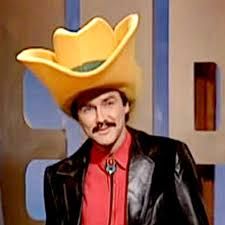 For some schools on the quarter system, this is their students' last week of summer.

Even though summer officially ended with the coming of autumn yesterday.

So, while the remaining campuses prepare to say hello to a new batch of student bodies, it's time for players -- ie- those who are Daily Stake denizens like you -- to say sayonara to one of college football's popular playing methods.

That would be the bets against certainty.

Those are plays against overhyped teams, usually big brands. Think Michigan, which gets brownie points damn near every pre-season for the simple fact that it's Michigan. Army, for example, made lotsa ATS punters happy simply because the number -- Wolverines -23 -- was too big.

Of course you would.

Now that we know what most teams really are, those deals are harder to find. However, good value still exists out there, and we think we've found a few.

Just remember, the lines posted are early and subject to change. Our picks are based on them, so whenever you decide to lay one down, remember to check the current number.

Memphis is only 1-1 ATS at home this season. They’re averaging 34.3 points and only allowing 13.3, though. The Tigers should get it done at home against a tough but overmatched Midshipmen squad that may be undefeated, but their non-con schedule rivals Alabama's. There. We said it.

The Aggies lost both of its two marquee games so far this season against Auburn and Clemson. No worries heading into Week 5, because they face the atrocious Razorbacks. That'd be the same crew that dropped a buy game to San José State. Really. The Badgers have been as impressive this season as their more high-profile Big Ten peer, Ohio State. Not only that, but the Wisconsin has a quality win over Michigan to show for it.

How good are these dudes? Much better than -22 favorites over Northwestern, that’s for sure. The Badgers have only allowed 14 points in 12 quarters of football. They might beat the Wildcats by 50.

As we mentioned at the outset, there are a few rules to live by in college football handicapping. One is to never back a team ATS that scores less than 24 points against the Arizona Wildcats.

The Red Raiders scored only 14 in a loss in Week 4. So, yeah, Oklahoma wins and covers.

The Hoosiers are 2-9 ATS in their last 11 road games and 0-7 ATS in the last 7 meetings in East Lansing. That makes this the best-trend handicapping play on Saturday. Sparty rules, and this time, knowing how to count should be irrelevant.

The Trojans definitely have depth at QB. Dudes beat a terrific team in Utah in Week 4. Unfortunately, Kedon Slovis still hasn't been green-lit by the trainers, so Matt Fink's gotta go against another touted secondary.

It’s hard to beat the Huskies in Seattle. It’s damn near impossible to keep it close with your third-string slinger. There are few things that make Nick Saban more happy than dominating the Rebels. OG won’t take Tua out of this one before the Tide goes up by 42 points.

The Tar Heels had trouble keeping Appalachian State from lighting them up. Now, they face the No 1 team in college football. There's no refrain of Hold That Tiger this weekend. Domination time.

The Fighting Irish probably should've upset Georgia on the road last weekend. Not that what happened in that game matters in regards to handicapping this one.

The bottom line is that the Wahoos won’t stop Notre Dame’s offense. Golden Domers by 17 to 24.