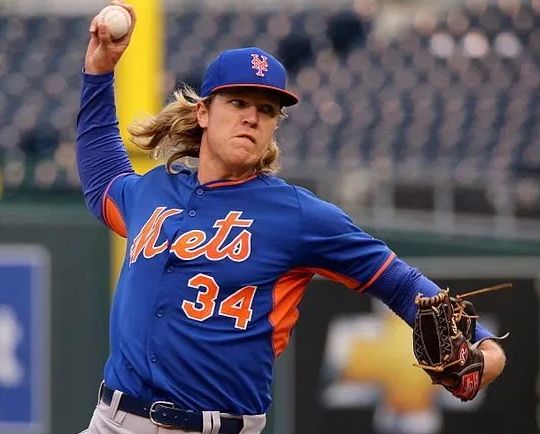 Well, what else is there to do when Covid-19 is wreaking havoc with baseball, the rest of the sporting world, and damn near every other facet of life?

Apparently, if you're a brand-name pitcher, you use the down time to get Tommy John surgery.

Yup. Joining the club. Having TJS is virtually a rite of passage anymore.

It's also par for the course for the Mets. If the MLB season ever does get under way -- and remember, the so-called Spanish flu coronavirus hung around for three years -- they're gonna be like all the other teams and need all the pitching they can get.

New York coulda reasonably expected to contend for a playoff spot this season, but it was gonna take more than Polar Bear power to get the job done. The bulk of the burden would come down to their pitching, and with the likes of Syndergaard, Jacob deGrom, and Marcus Stroman in their rotation, their chances were better than reasonable.

Now, assuming there is a 2020 season, with talk of a doubleheader-laden schedule to get in as many games as possible, there's gonna be a premium on quality starts.

Losing the dude with Danish roots won't help the cause at all.

Even worse for Syndergaard is the TJS timing.

He was scheduled to become a free agent at the end of 2021. That may also be up in the air depending on how MLB and the Players Association negotiates around the pandemic, but no matter what, dude'll be lucky if he's ready for any innings next season.

As the Mets' roster stands now, there'll be pressure on Steve Matz to step up, not to mention Michael Wacha and Rick Porcello returning to the form of their past glories if New York's gonna make it to the post-season.

The Mets and their fans can but hope.

It's possible Syndergaard is, too.

However, true to what might be in his heritage -- not all Scandinavians were Vikings -- odds are he knows that dying a straw death didn't get the Norse into Valhalla. They had to go out as fallen warriors.

So, when the time comes for contract talks, the perception's gonna be how the Mets do without him vis à vis how they believe they coulda done with him.

Being as how this is the Mets, chances are strong dude will still have the hammer.