Yo, Commish! Too Many Tommy Johns? Check Our Archives! 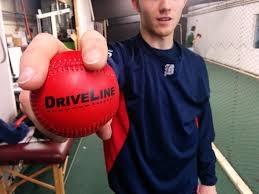 OK, so Bud Selig cancelled a World Series, turned a blind eye to PEDs while the game recovered from it, and orchestrated a sleazy set of moves to yank the Expos from Montréal.

Other than that, the Commish has had his moments:

So now he's concerned about the ongoing rash of Tommy John surgeries that plague pitchers at all levels.

Does he need the Good Witch of the North to pop him with the obvious like she did with Dorothy?

If Selig and his crew need more hints as to sorting out the issue, all he needs to do is a site search at The Daily Player:

Here's a passage from the last article, regarding the training regimen at Driveline Baseball, which has been around long enough to have its data taken seriously:

Boddy has cred. He predicted Steven Strasburg's TJS.
His program is practiced by up-and-coming pros like Cleveland's Trevor Bauer and Atlanta's Ryan Buchter, college programs like national power Oregon State, and numerous high schoolers.
Not one of his clients has had as much as a sore arm. Not one.

The Commish just needs to understand what the Good Witch is telling him. Otherwise, on this issue at least, he'll be just like the Scarecrow:

And like the Scarecrow, unless he sees the light, he'll fall flat on his patootie.