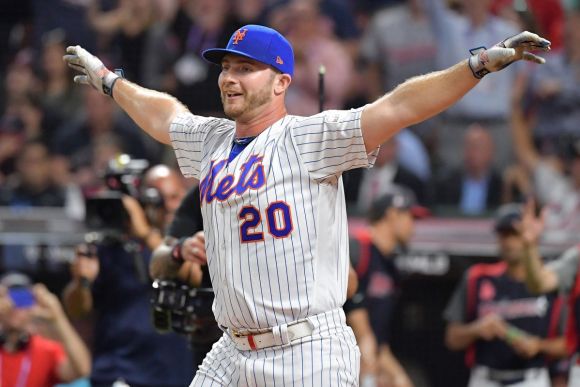 This MLB season has featured all sorts of homer-related hijinks, on both an individual and team level.

However, one dude's put up numbers so filthy that they demand our attention even in this anomaly of a year.

And he's a damn rookie at that.

Pete Alonso of the New York Mets launched his 50th bomb of the 2019 season, a threshold not reached all that much anymore.

Let's all enjoy some signature Pete together:

Based on the location of that pitch, dude had no business hitting the ball that far,

And opposite field, no less.

The Reds were just as confused.

Have a listen to the blunt force trauma he put on that baseball:

That sound. That flip. 🔥 pic.twitter.com/n7mUGMVxLk

The bat flip was also a nice touch.

As the graphic in the first clip indicated, the Yankees' Aaron Judge is the only other rookie to ever get halfway to a hundred with his 52 in 2017.