MLB's Year of the Bomb Continues 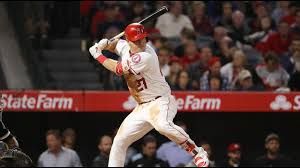 It's the least surprising headline of the season.

And it finally happened.

With Atlanta's Freddie Freeman and the Chicago Cubs' Mike Rizzo each going deep twice in MLB's slate of games on Tue 20 Aug, the streak of a day where at least one player launched at least twice reached 37.

It finally ended. Pitchers only doled out dingers one player at a time last night.

Still, the home run assault continues in one form or another, including single-season team records about to fall: And the hits just keep on coming.

Being real, the wow factor went the way of the dodo bird long ago. There's reason to give credence to the sweeping comment that baseball's become a game of homer-walk-strikeout.

Well, Justin Verlander, for one.

One of the most vocal critics of MLB's rabbit balls only saw two of them leave the yard last night, but his usually-potent Astros hardly found safe landing areas anywhere as the usually-toothless Detroit Tigers went bridge twice in the three hits they managed to claim a 2-1 victory over their former ace:

Clearly, it didn't help that Houston's Robinson Chirinos went brain-dead to end the game, but the irony is Verlander only surrendered two hits, and both were of the long-ball persuasion.

Right now, MLB's on pace to smash 7000 homers this season. Virtually half of the teams will be setting single-season dinger records. It's as if Hall-of-Fame manager Earl Weaver -- OG said back in the 1960s his favorite strategy was a three-run jack -- was ahead of his time.

One stat this year that would be amazing except for the fact that, under the circumstances, it isn't is that nearly half of this season's runs have been the result of a home run.

Just possibly the coolest record, though, belongs to the sad-sack Seattle Mariners. Dudes strung together 107 games in which a bomb went off. Should seamheads who track this stuff thank the Seattle pitchers as well as their hitters?

It's also the most indicatively ironic accomplishment of the season.

Pitchers are placing most of their objections on the fact that a baseball's seams are now flatter, reducing drag on their deliveries that result in less of a break. Could be.

Aristides Aquino did it again!

And you guessed it, he’s the fastest to 11 dingers too (17 games). pic.twitter.com/CvaXQtfHnx

Maybe baseball's lords have bought into Andy Warhol's mythical prediction that everyone's gonna have their 15 minutes of fame.

These days, the game's all in on it.

Still to be determined is how long the fans share that opinion.