So America's Doctor Thinks the 2020 MLB Season Has a Chance 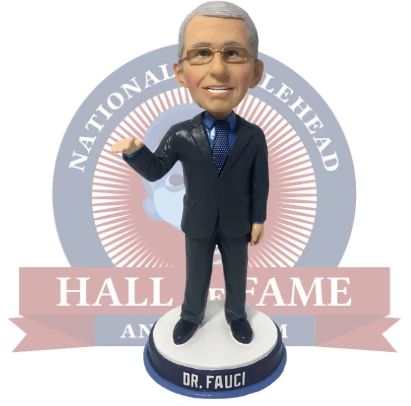 The issue, though, is whether the discipline exists to match it.

If anyone is up to a task like that, it's an elite professional athlete.

That's what the MLB brass and MLB Players Association are ready to do, and if any group respects the rules, it's them. This is assuming, of course, the modestly chastised Houston Astros finally got the message.

Ponder this for a moment. You've got two rather powerful parties, here:

When they drew up a procedure for opening the 2020 season, what's the first thing they agreed upon?

OGs and dudes set the bar higher than the federal government did.

It's a sure thing they listened to the one, the only, the been-there-done-that pandemic whisperer Dr Anthony Fauci, too.

He's been accurate so far on what to expect from Covid-19, so why wouldn't MLB and the MLBPA pay close attention to him?

Even the jock talkers do:

One nation that took massive action at the mere hint of a pandemic was Taiwan. Their government closed its borders to everyone and issued a monitored lockdown decree, which might be a bit harsh for North American, but outta their population of 24million:

Maybe it's zero-fans baseball, but it's baseball and the country's proud of it.

⚾| 2020/4/16 The only #LIVE Pro-baseball game on EARTH on ELEVEN SPORTS. Watch here for the 2020 #CPBL season #UniLions vs #RakutenMonkeys#ForTheFans #ELEVENSPORTS in ENGLISH!!! https://t.co/Rgm5VbPfVU

That's right, the Rakuten Monkeys -- one of the country's five top-tier teams -- are streaming their games live.

There's a 12-hour time difference between Taiwan and the East Coast, so first pitch will be at 5:00am or 6:30am, but feel free to wake up early and join the team's robot fans for the planet's only baseball at the moment:

Most of the MLB community has already agreed to assist in expediting an expanded Covid-19 database by participating in tests to detect antibodies for the purpose of learning more about how immune systems are reacting to the virus.

After all, testing in the USA and Canada has been so meager that it's still unknown what percentage of the general populace has it. One outcome may be that some have been exposed to the virus but beat it. If so, this would provide invaluable clues to effective treatment and vaccination.

Which would mean trips to the hospital wouldn't have to be so intense.

MLB's taken a solid approach and doing their bit to aid the cause. In return, they're hearing the continent's most credible medical expert offer rays of optimism.

If this scenario does work out, confirming that extreme measures like lockdowns and social distancing will save the day until a vaccine appears, who knows what society will be capable of afterward?

Maybe even the Mets making the playoffs, no matter how the brackets are configured.

Dr Fauci probably wouldn't go that far out on a limb, though.