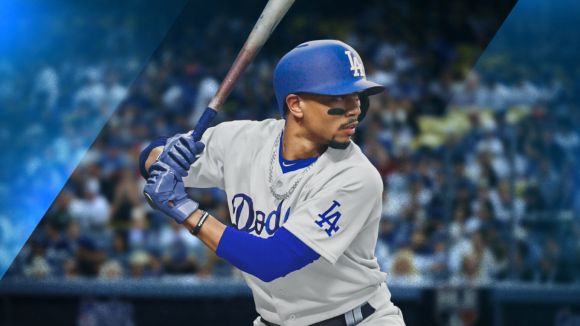 The blockbuster trade that was and then wasn't is finally a fait accompli.

Being real, it was also a foregone conclusion from the moment it was announced.

When names like Mookie Betts and David Price are announced in a deal between two big-brand baseball clubs, one way or another, it's gonna get done.

It's a bummer for Joc Pederson and the Angels, though. His sentiments on the about-face don't really mirror how Wilmer Flores felt when the Mets tried to say sayonara but failed.

Instead, dude's back into what was a crowded Dodger outfield that's even more so with Betts on the way.

His situation, though, remains dwarfed by the stir that just possibly the second-best player in MLB -- Pederson woulda joined the best -- is outta the mega-rich Red Sox organization over money, of all things.

For the record, here's where all the kings and pawns landed when all was done and dusted:

The conventional thinking is a bean-counter's dream:

So there it is.

The Bosox surely knew that with Mike Trout earning $430million over 12 seasons, the bidding for Betts is gonna start at a hella lotta more than $300million. They've even more surely been thinking about that well before Trout -- along with Manny Machado and new-town discounter Bryce Harper -- put ink to paper.

'Way down deep, they're also likely sharing the wet dream most big-payroll teams have: what's Tampa Bay do that we don't?

Besides creativity and hardcore scouting, that would be a 2019 playoff team that almost beat a buncha cheaters.

The irony, of course, is Boston finished behind the Rays after opting instead for the Houston way of doing things by hiring the now-disgraced Alex Cora to run the club.

As it is, they'll now have another shot at Betts next winter unless the Dodgers entice him to sign a contract before then. That's unlikely if dude's intent on testing the free-agent market, but LA could make a hell of an argument and back it up with a convoy of Brinks trucks.

For the most part, though, Red Sox Nation isn't buying it.

A legendary story in baseball lore approaches the same thing from a perennial doormat's point of view.

When future Hall-of-Famer Ralph Kiner went to Pirates' GM Branch Rickey -- yes, that Branch Rickey -- approached him for a raise after yet another great season, all he got in response was this:

We finished last with you,
and we can finish last without you.

Thanks to the Orioles and Blue Jays, the Red Sox won't be finishing last anytime soon.