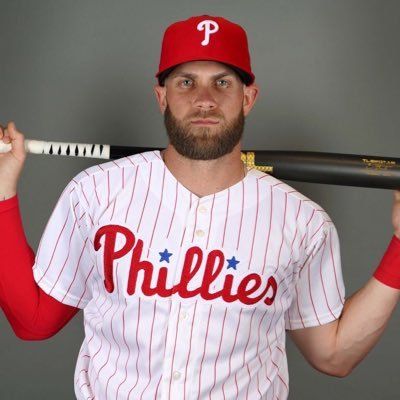 This is a killer deal for everyone involved.

Scott Boras: “Bryce’s mandate to me was, ‘I want as many years as I can get. I think it’ll help me play baseball better. I am going to recruit players to my team, and I want players to know I will be here for the remainder of my career.’ ”https://t.co/loiHerfMuB

Put it all together, and Bob's your uncle.

What's interesting here is, all along, money didn't seem to be the primary issue for Harper. Instead, it was simply the way Boras keeps score.

Thus, what put Philadelphia into the winner's circle was the contract length and its no-trade clause.

There is a perk here and there, but essentially, yes.

Maybe dude's a throwback to simpler times. Maybe he's just happy to wear Jersey No 3 in red pinstripes and be the Millennial of Mash in the comfy confines of Citizens Bank Park.

Meanwhile, the Phils have gotta be pinching themselves. Check out who's ahead of Harper in the Average Annual Value (AAV) table:

Albert Pujols' albatross contract still serves as the cautionary tale about diminishing returns, but Harper's deal isn't the same. Dude's a full five years younger at the start of his deal and may just about to be entering his prime.

Besides, how great does he really have to be to justify a $25million season as soon as three years from now? Furthermore, what if he does make that ballyard his bitch?

The hints are there:

The Nationals claimed to extend a 10-year, $300million offer to Harper, but after parsing, it was so bonus-heavy that the actual base amount turned out to be much less. If there was any indication Washington felt they could do just as well with what they had and had coming in their system, that was it.

Still, they'll see more than enough of him over the next 13 years. As in 19 times a season.

Perhaps their fans should do the glass half full thing and think of that as a bonus.